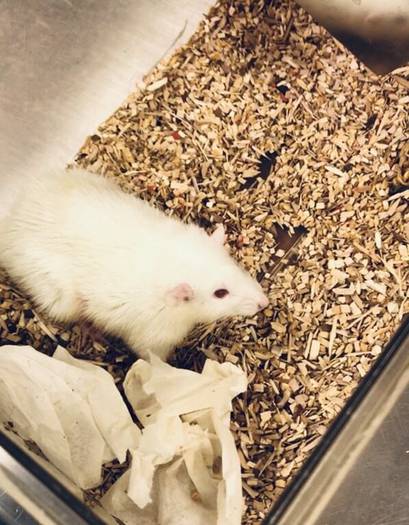 According to a report, approximately 30 million people in the USA have liver disorders, and about 40,000 of them will progress to end-stage liver disease, which is responsible for the death of more than 30,000 peoples annually. The only way for their treatment is the liver transplant but the shortage of the donor's livers and factors like the high cost of the procedure, and the requirement for lifelong immunosuppression limits the liver transplant.

To surpass these limitations, researchers are in the search of growing the bioengineered organs and transplant them in humans.

In this course, a collaborative team of researchers from the USA, Japan, China, Brazil, and Argentina had successfully grown the bioengineered organs in lab from reprogrammed human skin cells and also, successfully transplanted functional miniature livers into rats.

A paper describing the research work was published in the journal Cell Reports.

Senior author Alejandro Soto-Gutierrez, M.D., Ph.D., associate professor of pathology at Pitt and faculty member of both the McGowan Institute for Regenerative Medicine and the Pittsburgh Liver Research Center said, "Seeing that little human organ there inside the animal – brown, looking like a liver – that was pretty cool. This thing that looks like a liver and functions like a liver came from somebody's skin cells."

To make the bioengineered mini livers, the team used the human skin cells that were donated by volunteers and revert them to the stem cell state. Stem cell is a cell with the unique ability to develop into specialised cell types in the body. Stem cells provide new cells for the body as it grows, and replace specialised cells that are damaged or lost. They have unique properties like they can divide over and over again to produce new cells and as they divide, they can change into the other types of cells that make up the body.

Then researchers changed those stem cells into liver cells with the aid of hormones and other chemicals that were cultured in the lab.

Typically it takes about two years for a human's liver to mature from their birth but here researchers were able to grow their miniature analogues in only a matter of weeks simply by seeding those human liver cells into a rat liver with all of its own cells stripped out.

The previous studies on liver grafting incorporated rodent cells onto the scaffold but here researchers used the human stem cells to populate the liver's functional tissue, along with its vascular system and bile duct network.

For the ultimate test, researchers transplanted their lab-grown mini livers into five rats, who were bred to resist organ rejection. Four days after the transplant - at which point the animals were sacrificed and dissected, researchers investigated how well the implanted organs were faring and they observed that transplanted mini livers to be functional. They found that the bioengineered livers secreted bile acids and urea. This human liver proteins in the animals' blood were another confirmation that the bioengineered livers were working in rats.

Though the transplanted mini livers worked, in all cases blood flow problems had developed within and around the graft and this signifies there are still serious difficulties in properly connecting grafts like these to an animal's vascular network.

Still, some problems need to be solved, but five rats lived their lives with miniature human livers and this achievement is something that's ever been demonstrated before, and it could bring us closer to employing the same techniques for the benefit of human patients one day.

Soto-Gutierrez is optimistic that this research is not merely a stepping-stone on the path toward growing replacement organs in a lab, but also a useful tool in its own right.

Soto-Gutierrez said; "The long-term goal is to create organs that can replace organ donation, but in the near future, I see this as a bridge to transplant. For instance, in acute liver failure, you might just need a hepatic boost for a while instead of a whole new liver."

While there's still much work to be done before the technique can directly aid human patients, this proof of concept surely holds up the future alternative to liver transplants.