Host Factor Determines the Severity of COVID-19, not the Varied Strain 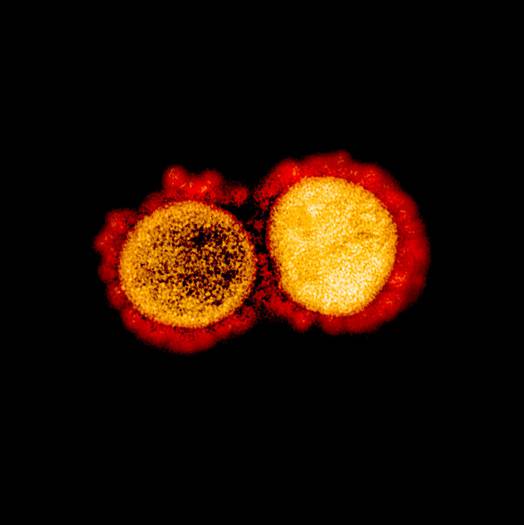 A recent study showed that the host factors like a person’s age and white blood cell counts seem to influence the disease outcomes in COVID-19 patients more than viral genetic differences.

As in December 2019, Wuhan, Hubei province, China reported the emergence of novel coronavirus SARS-CoV-2 that causes COVID-19 and it spread across the world, we all are in urgent need for effective therapeutic measures. For this, we need to have a deep understanding of its epidemiology, transmissibility, and pathogenesis. This encounters like a virus’s genetic understanding, its mutations, its molecular structure, and immunology.

Though copious researches are undergoing around the globe, the factors associated with disease outcome are yet to be fully characterized.

But now a team of researchers analyzed the clinical, molecular, and immunological data from 326 confirmed cases of COVID-19 in Shanghai and discovered two different SARS-CoV-2 strains within their patient cohort and observed the viral variations did not significantly affect the patient outcomes.

The research work was published in the journal Nature, on May 20, 2020, (accelerated article).

Genomic sequences of SARS-CoV-2 assembled from 112 quality samples together with sequences in the Global Initiative on Sharing All Influenza Data (GISAID) showed a stable evolution and suggested two major lineages with differential exposure history during the early phase of the outbreak in Wuhan.

In contrast, other researchers had previously found the same genetic changes and speculated that one version may be more virulent or transmit better among people.

For this study, the researcher analysed the data from 326 patients in Shanghai and they defined four categories for them.

They categorized the patients as:

Record indicates; as of April 1st most of the patients, 315 patients, had been discharged and 6 had died.

The team compared the viral genome of 112 samples from Shanghai with that of the first released genome of Wuhan, (Wuhan-Hu-1), and found a total of 66 synonymous and 103 nonsynonymous variants in nine protein-coding regions. Then they conducted a phylogenetic analysis of their samples and observed recurrence of variations in the viral genome is similar between Shanghai samples and the Global Initiative on Sharing All Infuenza Data (GISAID) dataset.

For the phylogeny analysis, they used the viral genomes of 94 cases together with 221 sequences of SARS-CoV-2 in the GISAID database. They grouped them into two major clades and made sure that both clades include the cases diagnosed in early December 2019.

Clade I included several subclades and Clades II is distinguished from Clade I by two linked variations. Clade I was associated with six cases from the Huanan Seafood Wholesale Market in Wuhan and Clade II was found in early cases of the disease in Wuhan that weren’t associated with the market.

They observed that the sequences of the Shanghai cohort exist throughout the two major clades and their subclades.

This suggests two major versions of the SARS-CoV-2 coronavirus, called clade I and clade II.

Through phylogeny analysis, researchers observed no statistical difference in disease severity, lymphocytes count, CD3 T cell (a type of lymphocyte) counts, C-reactive protein (CRP, a protein made by the liver), or D-dime, and duration of virus shedding after onset.

This analysis showed the patients infected with clade I or II virus did not exhibit a significant difference in a suite of clinical features, mutation rates, or transmissibility.

These all suggest that the two defined clades of viruses exhibited similar pathogenic effects despite their genome sequence variations.

During the study, they observed a notable feature of the cohort: 5 cases did not develop obvious symptoms although significant virus shedding could be detected.

Researchers concluded that the host factors appeared to influence severity, with leukocytopenia being more common among the severe and critically ill patients. They added that age, pre-existing conditions, and gender also influenced disease severity.

Although no major difference in clinical manifestation or transmissibility was found between them, they mentioned that the two major lineages of the virus derived from one common ancestor may have originated independently from Wuhan in Dec 2019 and contributed to the current pandemic.

Comparing the genetic makeup of the two versions, researchers concluded that the determinants of disease severity seemed to stem mostly from host factors such as age, lymphocytopenia, and its associated cytokine storm, whereas viral genetic variation did not significantly affect the outcomes.