We May Have Missed Extraterrestrial Life 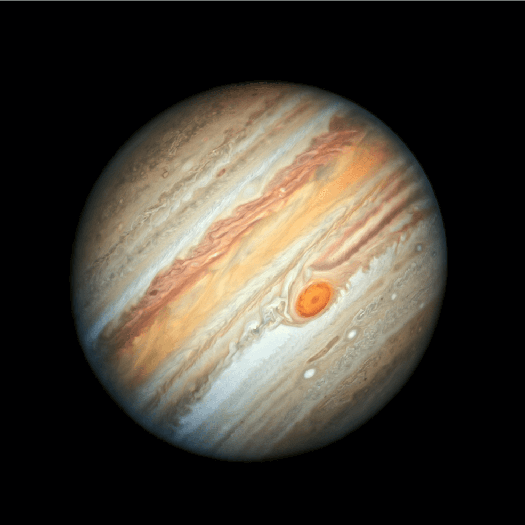 Hubble Space Telescope view of Jupiter that was taken on June 27, 2019. The atmosphere of Jupiter is filled mainly with Hydrogen and some percentage by Helium. Jupiter is also known as the Hydrogen/Helium planet of our solar system. Image © NASA, ESA, A. Simon (Goddard Space Flight Center), M.H. Wong (University of California, Berkeley) and L. Hustak (STScI).

In a lab experiment researchers found that bacteria and yeast survived in the Hydrogen atmosphere, which may mean more planets with Hydrogen atmosphere could support extraterrestrial life, and in some cases, we may have missed them.

But as all are focused on the search of the same criteria that support the existence of life on exoplanets, what if we did encounter alien organisms but failed to recognize them as actual life or we may be neglecting the exoplanets that are filled with Hydrogen or Helium or any other elements or gases.

Recent research by the researchers from Massachusetts Institute of Technology (MIT) buttressed the probability that we may be wrongly looking at them and we may have missed them.

Researchers at MIT showed that single-celled microorganisms can survive and grow in a 100% H2 atmosphere.

Sara Seager, an astrophysicist and planetary scientist at MIT and author of the study said, "There's a diversity of habitable worlds out there, and we have confirmed that Earth-based life can survive in hydrogen-rich atmospheres." Seager added, "We should definitely add those kinds of planets to the menu of options when thinking of life on other worlds, and actually trying to find it."

Rocky exoplanets release H2 gas to their atmospheres as water reacts with metallic Fe in accreting materials during planet formation or this may occur in the exoplanets with icy interiors when the high pressures convert methane ice into ethane, butane or even elemental carbon, continually releasing H2. Provided the planet has protective magnetic fields. Planets with grater than Earth’s masses and at about 2 AU distance from the Sun may maintain an active primordial H2–He atmosphere.

But as the atmospheric pressure (and density) falls off exponentially with increasing altitude from the planetary surface, the detection of exoplanet filled with H2 atmosphere is far easier than those with atmospheres composed of higher mean molecular weight gases such as CO2 and N2.

Researchers from MIT conducted a lab experiment on their own and observed if micro lives can exist in the H2 rich environment. The team conducted growth experiments on two species of microorganisms Escherichia coli strain K-12 and yeast Saccharomyces cerevisiae strain S288C in the custom-built bioreactor system and the system consisted of small borosilicate bottles with 30ml of culture media and 126ml of headspace.

They used E. coli as a representative of the domain Bacteria and yeast for Eukarya. Here both testing microbes are standard model organisms that scientists have long studied and characterized. So, testing on them will allow researchers to design their experiments and understand their results.

After microbes were grown in a culture medium, they flushed out the oxygen-rich air from the bottles and then filled the remaining headspace with a gas of 100% hydrogen. Up to 80 hours, they collected the data of the sample for every hour.

Seager said, "It's not like we filled the headspace with a poison. But seeing is believing, right? If no one’s ever studied them, especially eukaryotes, in a hydrogen-dominated environment, you would want to do the experiment to believe it."

For the microbes, their result represented that they can grow in a 100% H2 atmosphere.

Their results represented a classic growth curve. They observed that the microbes grew quickly in number at the beginning by feeding off the nutrients and populating the culture and gradually, the number of microbes start to decrease. The population, still thriving, was stable, as new microbes continued to grow, replacing those that died off.

A research paper describing their work as published in the journal Nature Astronomy on May 4, 2020.