A Metamaterial Switching Between Visible and Invisible Phases 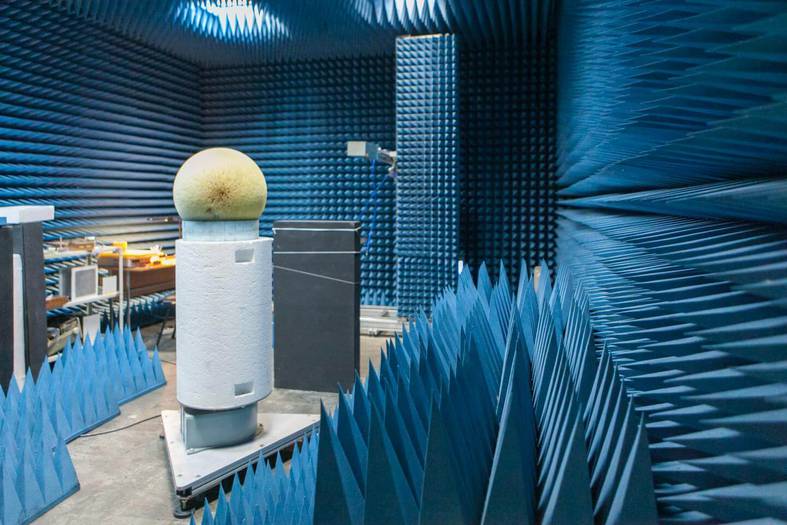 Michio Kaku, an American theoretical physicist, futurist, and science communicator, has described and imagined, in his book 'Physics of the Impossible', a material system that can be artificially structured and exhibits extraordinary electromagnetic properties not available or not easily obtainable in nature. Some properties include extraordinary electric permittivity (ε) and magnetic permeability (μ) which are considered two fundamental parameters that characterize the electromagnetic properties of a medium.

Ever since the early 2000s, a bunch of pioneer physicists and engineers like Michio Kaku claimed that metamaterials can be the future of the human world as it can have a multidisciplinary application involving physics, electrical engineering, materials science, optics, and nanoscience and were in hunt of such material.

In brief, a metamaterial is an artificially structured material that exhibits extraordinary electromagnetic properties, far from the usual natural properties. This material is achieved from the assembly of multiple elements fashioned from composite materials such as metals and plastics and by manipulating the internal atoms and structure of them. This makes them remarkably different from natural materials, whose properties are mainly determined by their chemical constituents and bonds. Some predicted properties of metamaterial are negative relative permittivity (εr), negative relative permeability (µr), not obeying the right-hand rule (left-handed metamaterial), the refractive index for an electromagnetic wave has a negative value over some frequency range, etc.

The history of such metamaterial started almost from the 1800s and many scientists like Jagadish Chandra Bose, Winston E. Kock, Victor Veselago, and John Pendry had contributed to the theoretical and experimental development of such material.

Though many physicists and scientists have already observed some of the properties and the behaviour of metamaterials (in some cases metamaterial like material), exploring and understanding metamaterial have been most prioritized since earlier days. So, accordingly, a team of researchers from ITMO University, Ioffe Institute, and the Australian National University has designed and studied a metamaterial. They have managed to make homogeneous cylindrical objects completely invisible in the microwave range.

They found that their newly designed metamaterial is capable of changing the phase between two states; one reflects infrared light, while the other is almost invisible to it.

The novice fabricated material scatters waves at certain frequencies via resonant and non-resonant mechanisms which have opposite phases and so they are mutually destroyed, thus making the object invisible.

This unprecedented developed technique, of course, made it possible to switch from visibility to invisibility regimes at the same frequency of 1.9 GHz.

How they achieved it?

First, the team fabricated the arrays of nanodisks on 1 cm-by-1 cm SiO2 substrates. Nanodisks were previously cleaned with acetone and rinsed in isopropyl alcohol. Then they deposited silicon, GST, and silicon tri-layer using a magnetron sputtering system (Nordiko) while radio frequency sputtering (RF sputtering) in an argon atmosphere.

Sputtering is a physical vapor deposition (PVD) method for thin-film deposition. This method involves ejecting material from a "target" that is a source onto a "substrate" such as a silicon wafer. Similarly, resputtering is the re-emission of the deposited material during the deposition process by ion or atom bombardment.

RF sputtering techniques use a radio frequency (RF) - typically at 13.56 MHz- for depositing the insulating materials.

DC sputtering (direct current sputtering) is a thin film Physical Vapor Deposition (PVD) coating technique where a target material to be used as the coating is bombarded with ionized gas molecules causing atoms to be sputtered off into the plasma.

Here, researchers used DC sputtering for depositing GST ( Ge2Sb2Te5). Now the samples were covered with an adhesion layer (Ti-Prime) using a spinner at 4000 rpm for 20 seconds. Finally, after steps of procedure and coating of different material, the required array was designed and then etched in an SF6 and O2 plasma mixture using an inductively coupled plasma-reactive ion etching (ICPRIE) system.

Now the sample is ready to have its test flight!

Researchers then conducted its optical characterization and femtosecond optical switching to supervise the property of newly designed material, in fact, metamaterial.

Now what they observed was surprising. They observed the material switching between two visible and invisible phase at the same frequency of 1.9 GHz and this was achieved simply by changing the temperature of the water in the cylinder from 90 °C to 50 °C.

"Our theoretical calculations were successfully tested in microwave experiments. What matters is that the invisibility idea we implemented in our work can be applied to other electromagnetic wave ranges, including to the visible range. Materials with corresponding refractive index are either long known or can be developed at will," said Mikhail Rybin, first author of the paper and senior researcher at the Metamaterials Laboratory at ITMO University.

The newly designed material that is capable of changing between the two phases has two states where one is crystalline and another is an amorphous state. What more astonishing is that when the GST layer in the center of the metamaterial is arranged in a crystalline state, the second resonance disappears - when it's amorphous, the disk will reflect IR beams.

In summary, the team had invented a novel concept in dynamically reconfigurable optical metasurfaces. This approach can provide, in the future, a practicable platform for the realization of a new generation of active optical metasurfaces with new and improved functionalities, with potential applications in numerous technologically important fields, ranging from telecommunications to consumer technology, and security and defense, however, further enhancement and study is needed.

The research world described in the journal Optica.