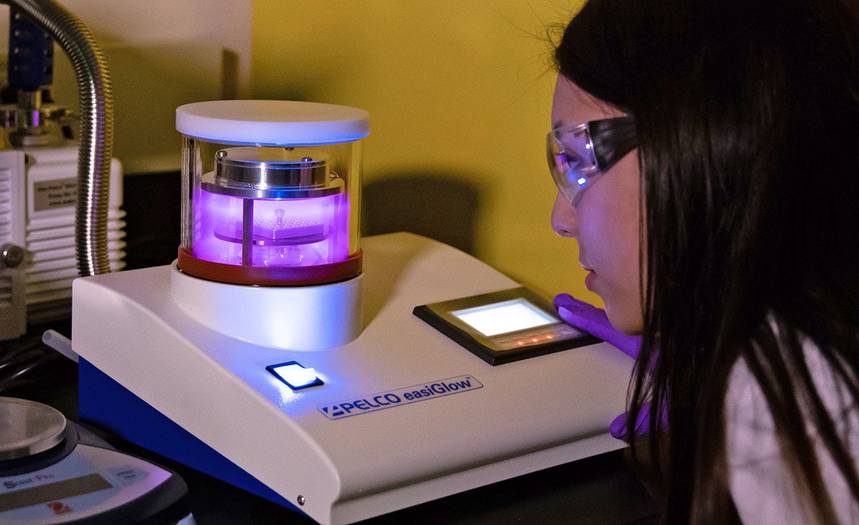 The 2017 Nobel Prize in chemistry was awarded to laureates Jacques Dubochet from the University of Lausanne, Switzerland; Joachim Frank from Columbia University, New York, US; and Richard Henderson from the Medical Research Council Laboratory of Molecular Biology in Cambridge, UK ‘for developing cryo-electron microscopy for the high-resolution structure determination of biomolecules in solution’ and their technique is basically based on Cryogenic Electron Microscopy.

Why we need a more powerful microscopic technique like cryoEM and how it works?

TEMs basically uses a beam of electrons to examine the structures of molecules and materials at the atomic scale. As the beam passes through a very thin sample, it interacts with the molecules, which projects an image of the sample onto the detector. Because the wavelength of electrons is much shorter than that of light, it can reveal much finer detail than even super-resolution light microscopy and qualitatively dominates over light microscopy. But in the case of biomolecules, the water surrounding the molecules evaporates, and the high energy electrons burn and destroy the molecule. In such a case, cryoEM becomes applicable and regard as the best-known microscopy technique.

You may wonder what about the X-ray diffraction technique as this also provides a high-resolution image? As many proteins won’t crystallize, X-ray diffraction can not also be used in spite of this technique gives us very high-resolution structures of the biomolecule. Also, in some cases, the process of crystallization alters the structure, so it’s not representative of what the molecule looks like in real life.

We may have another technique called Nuclear magnetic resonance (NMR) which uses a weak oscillating magnetic field to perturb nuclei in a strong magnetic field and this technique can also provide us very detailed structures, and investigate conformational changes or binding of small molecules. But NMR is also limited to relatively small proteins or parts of proteins, and usually soluble intracellular proteins, rather than those embedded in cell membranes.

So, if you want to study larger proteins, membrane-bound receptors, or complexes of several biomolecules together, cryo-EM is where it’s at.

Cryogenic Electron Microscopy (cryoEM) is an electron microscopy (EM) technique that begins with the vitrification process. Vitrification is the process in which the protein solution is cooled so rapidly that water molecules do not have time to crystallize, forming an amorphous solid that does little or no damage to the sample structure (a process known as vitrification). The sample is then screened for particle concentration, distribution, and orientation. Next, a series of images is acquired, and two-dimensional classes are computationally extracted. In the final step, the data is processed by reconstruction software, yielding accurate, detailed, 3D models of intricate biological structures at the sub-cellular and molecular scales. These models can reveal interactions that were impossible to visualize previously, a key to scientific results.

Cryogenics is the production and application of low-temperature phenomena and the temperature range have been defined as from −150 °C (−238 °F) to absolute zero (−273 °C or −460 °F). At this temperature, the molecular motion comes as close as theoretically possible to ceasing completely.