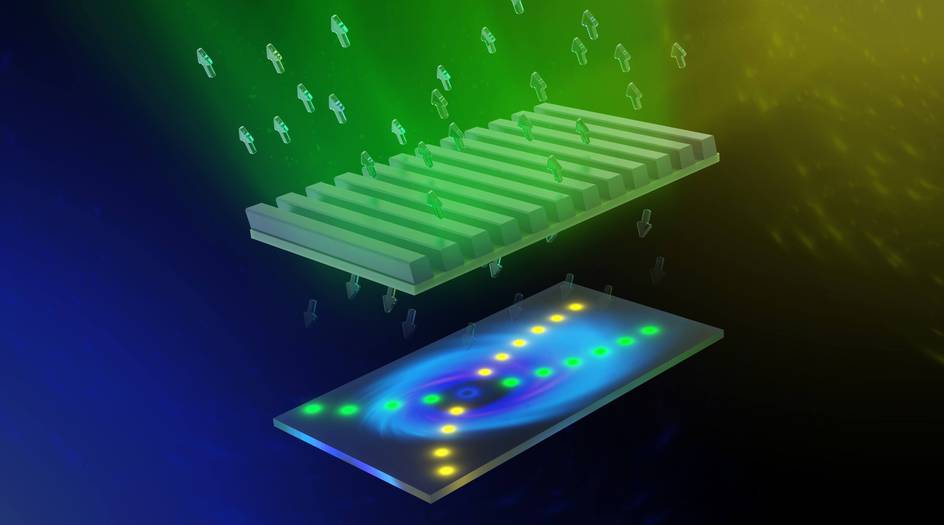 Generating a strong unidirectional radiation has always been a challenging task for researchers. Though we have existing unidirectional emitters, they almost all rely on the use of materials or structures that forbid outgoing waves like mirrors, which are often bulky, lossy, and difficult to fabricate. This, in one part, makes the process rather convoluted and on the other side inefficient.

Due to the losses of radiation, a large part of the energy is consumed in data traffic. Previous studies consistently suggested that a minimum loss of 25 percent at each interface between optical fibers and chips was a theoretical upper bound that could not be surpassed. Because data centers require complex and interwoven systems of nodes, that 25-percent loss quickly multiplies as light travels through a network.

Single-sided radiation is so important in optical fiber networks because the light tends to flow in optical fibers in a single direction as the water flows through a pipe. But for light, on-chip couplers connect fibers to chips, where light signals are generated, amplified, or detected. While most light going through the coupler continues through to the fiber, some of the light travels in the opposite direction, so the couplers act as "leaky" pipes.

The single-sided (unidirectional) radiation channel for light can be used in a wide array of optoelectronic applications to reduce energy loss in optical fiber networks and data centers. Considering this application, a collaborative team from the University of Pennsylvania, Peking University and Massachusetts Institute of Technology developed a new device that could create a unidirectional light source by carefully tailoring the shape of a set of etched silica bars - thereby using topology to modify a curious effect that was predicted 90 years ago. The topological considerations meant that radiation radiated upwards had to have the opposite polarization to radiation emitted downwards. This unidirectional optical device could have multiple applications in optoelectronics.

The research finding was published in the journal Nature on 22 April 2020 and the research was conducted by Ph.D. student Jicheng Jin, assistant professor Bo Zhen, both of Penn, and researchers at Peking University and the Massachusetts Institute of Technology.

Jicheng Jin said, "You may need to pass five nodes (10 interfaces) to communicate with another server in a typical medium-sized data center, leading to a total loss of 95 percent if you use existing devices. In fact, extra energy and elements are needed to amplify and relay the signal again and again, which introduces noise, lowers signal-to-noise ratio, and, ultimately, reduces communication bandwidth."

The concept of this photonic device is not completely new. Mainly based on and twist a topological effect first proposed in 1929 and created a photonic crystal that radiates light in only one direction, the team theoretically proposed and experimentally demonstrated unidirectional guided resonances in photonic crystal slabs that are enabled by topological charges. In 1929, John von Neumann and Eugene Wigner discovered that some solutions of the Schrödinger equation for an electron in a potential well involved bound states that nevertheless had enough energy to escape the well. They remained a mathematical curiosity for several decades as creating experimental systems that exhibit these "bound states in the continuum" (BICs) was not possible at the time.

In 2013, a team led by Marin Soljačić at MIT used BICs to produce a new type of perfect mirror that could trap and reflect light without ever absorbing it. So scientists thought this perfect mirror can enable them to generate strong unidirectional light and using this, till now many scientists tried to generate a very narrow linewidth laser that could prove useful in optoelectronics but they found that the emission is spatially symmetric. Continuing to his team’s earlier work, in the latest research, Soljačić and colleagues in the US and China developed a neat trick to produce a device that sends radiation in only one direction.

To verify their theoretical findings, the team fabricated photonic crystal samples with unidirectional guided resonances (UGRs) using plasma-enhanced chemical vapor deposition, electron-beam lithography, and reactive ion etching processes. The team fabricated a periodic array of 500 nm deep and 200 nm wide silicon bars approximately 1 micron apart on a silica substrate. If the bars had been created perpendicular to the substrate, simulations suggested the system would behave as a BIC when excited with 1550 nm light. Instead, however, the researchers tilted the bars slightly, disrupting the BIC and allowing radiation to leak out.

A more step by step sample fabrication process used by the team is shown figure below. As a future step, the team hopes to further develop this etching technique to be compatible with existing foundry processes and also to come up with an even simpler design for etching.

Commenting on their new optical device, Jin said, Experimentally, we found that radiation towards the bottom is 500 times weaker than radiation towards the top in our device, minimizing energy loss." Jin added, "In addition, our design is very robust to fabrication errors. One limiting factor in our current design is the bandwidth. Right now, we can cover about 26nm, which is decent but not optimal, and our next step is to further improve this to 200nm."