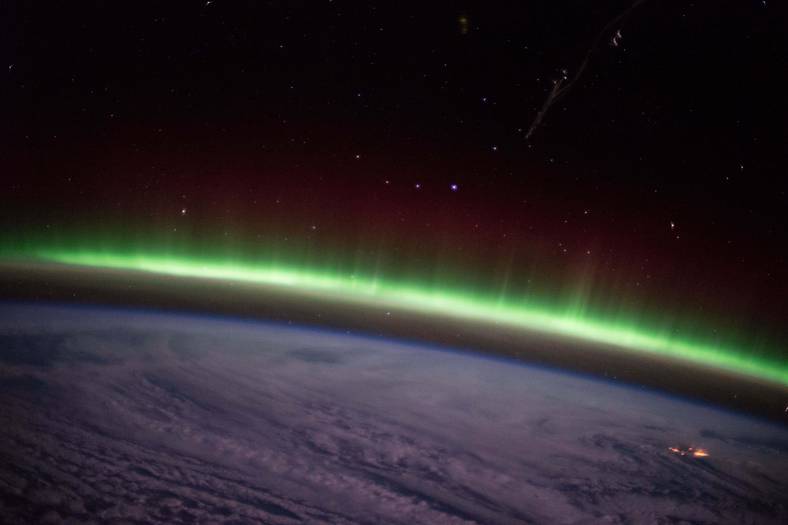 A stream of energized, charged particles, primarily electrons, and protons flows continuously outward from the Sun through the solar system at speeds as high as 900 km/s are known as the solar wind. The solar wind is made of plasma. These plasma particles travel all the way from the Sun and also hit the Earth’s atmosphere.

Nicky Fox the division director for heliophysics at NASA Headquarters notes: "We not only have to ensure our astronauts are protected from the harmful effects of radiation. We have to protect our equipment too. So, we've already found aluminium to be a good shield to protect our crafts from many energetic particles. But there are also faster particles that travel at 80% of the speed of light, which can cause havoc with parts of a spacecraft. They can smash into and damage solar panels, disrupt electronics, or affect electric currents that flow along with power grids. So, we're currently conducting tests with small pieces of technology to study how well they can survive in intense radiation areas."

The solar wind is caused by the hot solar corona, which is the outermost layer of the solar atmosphere, expanding into space and to study about the solar wind, Parker Solar Probe will travel to the nearest possible distance to the Sun’s corona and collect the data.

In particular, following are the science missions assigned to the Parker Solar probe;

Instrumentation of the Parker Solar Probe:

To graze closer to our star than any spacecraft before, work under extreme conditions, and gathers data in the Sun’s corona, Parker Solar Probe is equipped with the following four instruments:

This instrument is designed for the survey of the invisible forces. Particularly, the FIELDS instrument suite captures the scale and shape of electric and magnetic fields in the Sun’s atmosphere and also it measures waves and turbulence in the inner heliosphere with high time resolution to understand the fields associated with waves, shocks and magnetic reconnection, a process by which magnetic field lines explosively realign.

For the measurements of the electric field around the spacecraft, the FIELDS system is equipped with five antennas, four of which stick out beyond the spacecraft’s heat shield and into the sunlight, where they experience temperatures of 2,500 F. The antennas are 2-meter-long and are made from the niobium alloy.

ISʘIS, pronounced “ee-sis” and including the symbol for the Sun in its acronym will measure particles like energetic electrons, protons, heavy ions across a wide range of energies and help us in understanding the particles lifecycle such as where they came from, how they became accelerated and how they move out from the Sun through interplanetary space. ISʘIS contains two energetic particle instruments called, EPI-Lo and EPI-Hi (EPI stands for Energetic Particle Instrument).

EPI-Lo measures the spectra of electrons and ions and identifies carbon, oxygen, neon, magnesium, silicon, iron and two isotopes of helium, He-3 and He-4 and EPI-Hi uses three-particle sensors composed of stacked layers of detectors to measure particles with energies higher than those measured by EPI-Lo. At the spacecraft's closest approach to the Sun, EPI-Hi will be able to detect up to 100,000 particles per second.

The Wide-field Imager for Solar Probe (WISPR) is the only imaging instrument that is onboard on the spacecraft. WISPR is designed to look at the large-scale structure of the corona and solar wind before the spacecraft flies through it. WISPR will take images from afar of structures like coronal mass ejections, or CMEs, jets, and other ejecta from the Sun.

As the area of interest is a very wide field extending away from the Sun, the WISPR field of view is planned to extend from 13 to 108 degrees away from the Sun and does not directly image the Sun.

WISPR primarily uses two cameras with radiation-hardened Active Pixel Sensor CMOS detectors. The camera’s lenses are made of a radiation hard BK7, a common type of glass used for space telescopes, which is also sufficiently hardened against the impacts of dust.

By the technique of radiation-hardened, electronic components and circuits are made resistant to damage or malfunction caused by high levels of ionizing radiation (particle radiation and high-energy electromagnetic radiation), especially for environments in outer space and high-altitude flight, around nuclear reactors and particle accelerators, or during nuclear accidents or nuclear warfare.

SWEAP is designed to count the most abundant particles in the solar wind - electrons, protons, and helium ions — and measure such properties as velocity, density, and temperature to improve our understanding of the solar wind and coronal plasma.

SWEAP includes two types of instruments, the Solar Probe Cup (SPC) and Solar Probe Analyzers (SPAN). SPC is a metallic cup that can catch charged particles in a vacuum and also widely known as the Faraday cup. The cup is exposed to the full light, heat, and energy of the Sun by attaching it over the heat shield and it will measure how electrons and ions are moving.

SPAN is composed of two instruments, SPAN-A and SPAN-B, which have wide fields of view to allow them to see the parts of space not observed by SPC. SPAN-A has two components to measure both electrons and ions, while SPAN-B looks only at electrons.