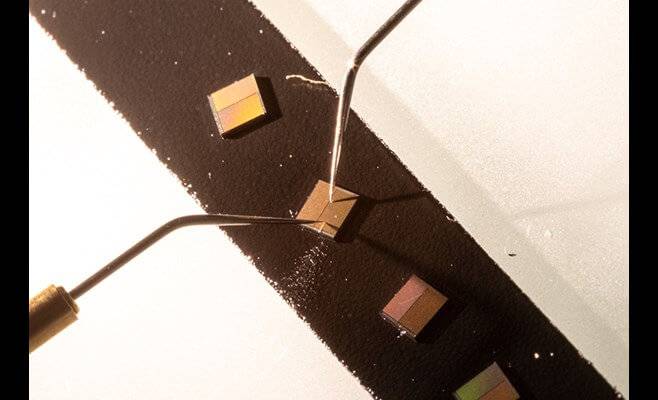 Generating clean energy has always been a major subject for researchers. It was almost after 50 years when first in 1839, French physicist Edmond Becquerel discovered the photovoltaic effect while experimenting with a cell made of metal electrodes in a conducting solution, in 1883, American inventor Charles Fritz created the first working selenium solar cell. From then solar energy generation technology has highly advanced, however, researchers are in restless hunt of the alternative clean energy generation and its utilitarian use.

To this race of clean energy, a team of physicists from the University of Arkansas gained a giant leap by successfully developing an electronic circuit that is capable of generating clean and limitless clean energy; a circuit that is able to capture graphene's thermal motion and convert it into an electrical current.

Paul Thibado, professor of physics and lead researcher in the discovery said, “An energy-harvesting circuit based on graphene could be incorporated into a chip to provide clean, limitless, low-voltage power for small devices or sensors.”

Though this idea is against the Brownian motion assumption of physicist Richard Feynman, Thibado’s team found that at room temperature the thermal motion of graphene does in fact induce an alternating current (AC) in the circuit, achieving an achievement thought to be impossible.

Harvesting energy from Brownian motion by adding a single diode, a one-way electrical gate, to a circuit is not new. In the 1950s physicist, Léon Brillouin already showed and published a landmark paper on this.

Following this, Thibado’s group built their circuit with two diodes for converting AC into a direct current (DC). With two diodes in opposite direction (as shown in the above image), the team provided a separate path through the circuit, producing a pulsing DC current that performs work on a load resistor.

This experimental finding is new, however, the theoretical foundation was developed some three years ago. Three years ago researchers from the same University of Arkansas has developed a theoretical model where freestanding graphene - a single layer of carbon atoms - ripples and buckles in a way that holds promise for energy harvesting.

Here the team also found that their design increased the amount of power delivered. To show the increase in power, they used a relatively new field of physics. They describe; the graphene and circuit share a symbiotic relationship and though the thermal environment is performing work on the load resistor, the graphene and circuit are at the same temperature and heat does not flow between the two.

Pradeep Kumar, associate professor of physics and co-author of the study said, “In proving this power enhancement, we drew from the emergent field of stochastic thermodynamics and extended the nearly century-old, celebrated theory of Nyquist.”

This principle - power production by the temperature difference between graphene and circuit, also follow the second law of thermodynamics; total entropy of an isolated system can never decrease over time and is constant if and only if all processes are reversible.

Another advantage of this experimental study is its application in our daily life where most electronics work well on low frequency.

The relatively slow motion of graphene induces a current in the circuit at low frequencies, which is important from a technological perspective because electronics function more efficiently at lower frequencies.

About the heating effect, Thibado explained, “People may think that current flowing in a resistor causes it to heat up, but the Brownian current does not. In fact, if no current was flowing, the resistor would cool down. What we did was reroute the current in the circuit and transform it into something useful.”

In future, the team objective will be to determine if the DC current can be stored in a capacitor for later use, a goal that requires miniaturizing the circuit and patterning it on a silicon wafer, or chip. The main idea of the team is if this kind of circuit will be an industrial success and if millions of these tiny circuits could be built on a 1-millimetre by 1-millimetre chip, they could serve as a low-power battery replacement.

A research paper describing the work was published in the journal Physical Review E on 2 October 2020.