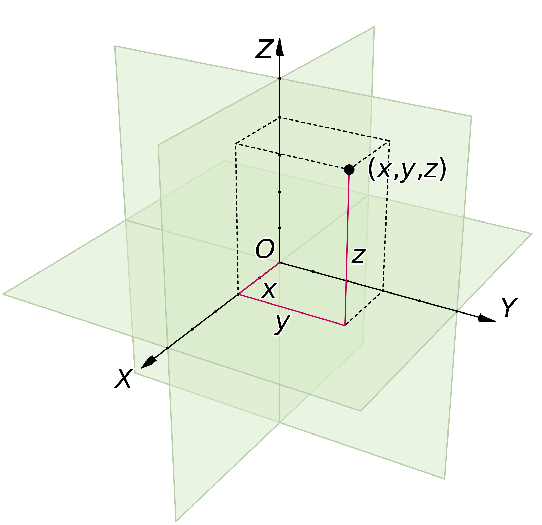 To describe any physical quantity like velocity and acceleration that mostly describe the nature of path of particle in space we need to assign a coordinate system depending on geometry, depending on the type of problem under consideration, and symmetry of the object.

The notation for cartesian components and unit vectors is

And the position vector is

is the unit vector along X- axis. This basically define the direction along the particular axis. Similar is for Y and Z- axes.

Gradient operator in cartesian representation is

The divergence and curl are more easily given by using Einstein Summation Convention.

For right-handed coordinates the right thumb points along the z axis in the positive direction and the curl of the fingers represents a motion from the first or x axis to the second or y axis.