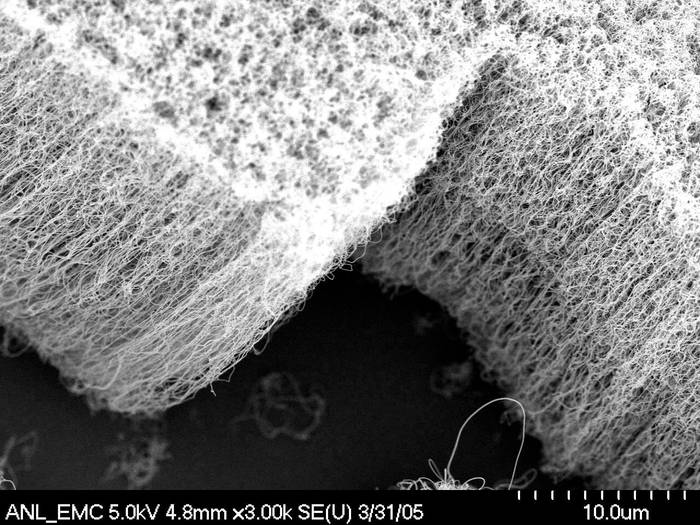 Using arc discharge evaporation method, S. Iijima in 1991 reported a preparation of new type of finite carbon structure consisting of needle-like tubes which latter called carbon nano tube (CNT). The formation of these needles ranging from few to few tens of nanometers in diameter suggest that engineering of carbon structures should be possible and it is turning to be real nowadays. Currently application of CNT is increasing ranging from energy application to electronic application and more remains to explore. Initially, Iijima synthesized multi-walled CNTs and two years latter Tsang et al. successfully stripped off multiple layers of graphitic cylinders by oxidation and reached to an extremity obtaining nanotubes comprising of one graphitic layer, thus revealing the existence of single-wall(ed) carbon nanotubes (SWNTs/SWCNTs).

SWCNTs diameter range from 0.8 to 2 nm and MWCNTs range from 5 to 20 nm whereas their lengths can outstretch up to several centimeters.

With further improvements, different methods of synthesis of CNTs were developed. The methods used in synthesizing CNTs depends on the dimensions and morphologies of CNTs that we are interested in. Among diverse synthesis techniques, mostly used are electric arc-discharge, laser ablation, template methods and chemical vapor deposition (CVD) are most common. Some other techniques being synthesizing CNTs using electrolysis, solar furnace, diffusion flame method, low temperature solid pyrolysis, synthesis from bulk polymer, saline solution method etc.

Though electric arc discharge is used in used to prepare fullerene molecules, this method is also widely used in the synthesis of CNTs. Fullerene is soccer-ball-shaped form of carbon.

The principle of this method is based on an electric arc discharge generated between two graphite electrodes under an inert atmosphere of helium or argon. The high temperature occurring between the two rods during the process allows the sublimation of carbon.

This is the second mostly used method in the synthesis of CNTs. This method was initially used to generate fullerene clusters in the gas phase. In this method, using focused pulse laser, carbon is vapourized from the surface of a solid disk of graphite into a high-density helium (or argon) flow.

A graphite target is placed in the middle of a long quartz tube mounted in a temperature controlled furnace where temperature on furnace will reached up to 1200 ◦C. The tube is then filled with a flowing inert gas and a scanning laser beam is focused onto the graphite target by way of a circular lens. It contains a conical water-cooled copper collector where the carbon species produced by vaporization and swept by flowing gas will be deposited.