We’re Finally Going to Hear What Mars Sounds Like 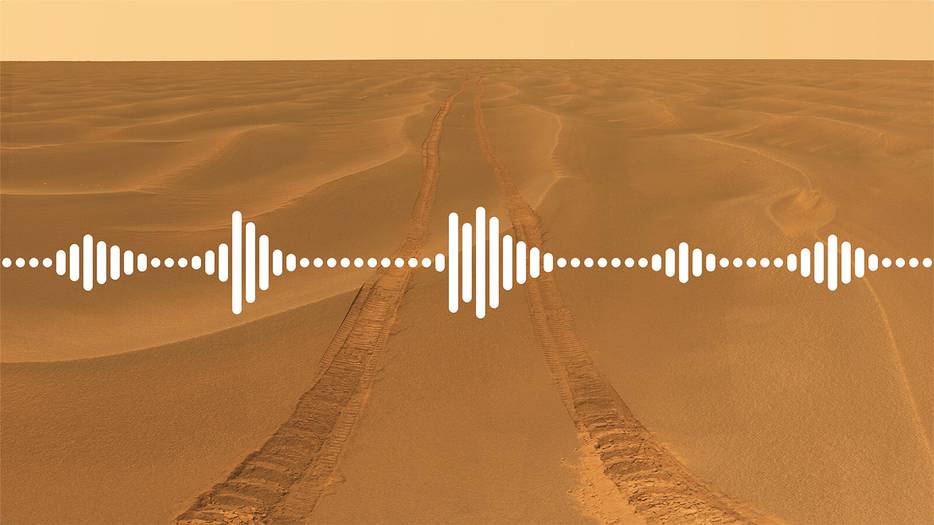 Technological revolution replicated much of the human sensory experience and so the Mars exploration can not remain untouched. Many consider that the various rovers like Spirit, Opportunity and Curiosity that we’ve sent to Mars as the next best thing to sending a geologist to the Red Planet. But it is obvious that the existing technological advancement is not enough. Past Mars rovers Spirit, Opportunity and Curiosity have carried all the necessary equipment similar to what human geologists use on Earth, and are able to navigate the terrain, capture the landscape with the various cameras, pick up rock and dust samples with scoops, and then analyze them with various onboard tools and equipment. And now, making it more powerful, NASA’s Mars 2020 Perseverance rover is being fitted with the technology of sense of hearing by which we can hear what Mars really sounds like.

Adding the capacity to hear not only give us the sound of Mars but also completes the Perseverance’s five senses. The Cameras have given the rover of sight, robotic hands, arms and feet have supplied touch, and chemical and mineral sensors let it taste and smell on Mars and hearing capacity being the fifth.

When the Perseverance rover arrives at Mars on February 18, 2021, it will have two microphones and finally, made us able to hear the sounds of Mars and other phenomena that let us track the how things work on Mars.

This is not the first time where researchers added microphones on the Mars mission, in fact, happened twice. Unfortunately, one of those missions, the Mars Polar Lander, failed to reestablish the communication with earth after its descent phase and another Phoenix Lander microphone instrument was never turned on.

Perseverance will have two microphones; Entry Descent and Landing (EDL) Microphones that will record the sounds of landing and SuperCam Microphone located at the SuperCam's toolkit that will help study Mars rocks and soil.

The SuperCam is designed to fire a laser (from about 20 feet, or 7 meters away) at a rock in Mars where a small amount of the rock vaporizes into a hot gas called plasma, and heat and vibration create a shockwave that makes a popping sound. The microphone at the SuperCam hears and record that popping sound.

This microphone is mounted on the "head" of the rover's long-necked mast.

SuperCam identifies minerals and rock compositions, and it seeks organic compounds that could be related to past life on Mars. For this, it is fitted with a camera, laser and spectrometers to seek organic compounds. A comparison of its accuracy, it can identify the chemical and mineral makeup of targets as small as a pencil point from a distance of more than 20 feet.

EDL microphones are designed to hear the sounds of pyrotechnic devices firing to release the parachute, the Martian winds, wheels crunching down on the Martian surface, and the roaring engines of the descent vehicle. As this microphone records audio as the Perseverance rover descends to the surface, we may hear the friction of the atmosphere, the winds, and the sounds of dust displaced as the rover lands.

Engineers are optimizing this microphone for space from easily available, store-bought hardware. It is unlikely it will work beyond the landing. If it does survive, we may be able to hear the sounds of the Martian winds and sounds of the working rover, such as the wheels turning, or the motors that turn its head, and the heat pumps that keep it warm.

Scientist expects the sound from Mars to be different from that of Earth and it is based on theoretical models of sound propagation in a Martian atmosphere. The main reasons include:

“Sounds on Mars are slightly different than they are on Earth because of the atmospheric composition and its properties. All sounds will be lower in volume due to the low pressure. In addition, the higher-frequency tones will be strongly attenuated by the carbon dioxide molecules. All in all, it would be like listening through a wall”, said Baptiste Chide, a postdoctoral researcher in planetary science at NASA’s Jet Propulsion Laboratory and a contributor to the SuperCam microphone.