What Process Creates and Maintains the Spiral Arms Around Spiral Galaxies? 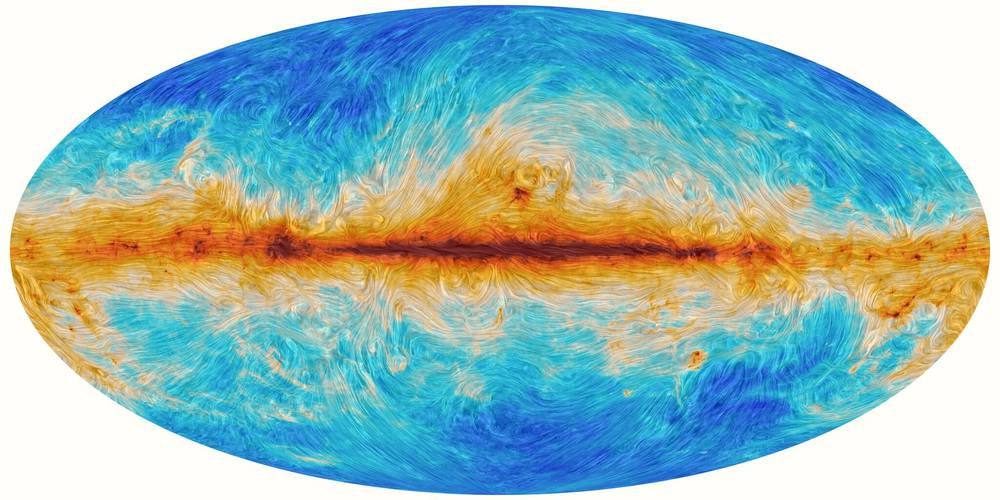 The structure of spiral arms around the nucleus of spiral galaxies has long puzzled scientists and it is still not well understood. New observations of another galaxy are shedding light on how spiral-shaped galaxies like our own get their iconic shape and may further theories and exploration will give us a more concrete idea of how they actually form.

There are many theories that describe the reason behind the formation of spiral arms-like structure around the edges of spiral galaxies. Here, first, know that those spiral arms of galaxies are not fixed, solid objects rather they are patterns of stars, gas clouds, and also other celestial objects. Those spiral arms can be permanent or at least quasi-permanent and they are filled with the stars which can move in and out of the arms as they orbit through the galaxy.

Notably, the theories that describe the phenomenon of spiral structure of the galaxies started to come the 1920s. Ernest William Brown in 1925 proposed that the observed spiral features could be interpreted as the enveloped of showers of individual orbits. In the same time frame, James Jeans proposed that the origin of spiral arms might be attributed to the tidal phenomenon combined with rotation. Further, from 1927 through 1965, Bertil Lindblad worked on the spiral structure and gave his theory. Lindblad considered that the spiral arms as teh manifestation of unstable quasi-asymptotic stellar orbits prevailing in highly flattened homogenous ellipsoids, or in systems having high internal density gradients.

Then gradually the mystery of spiral arm pattern went on explored by the scientific community.

Ray Carlberg in the astronomy department at the University of Toronto explains this as still a completely unknown phenomenon. Carlberg describes; the basic physics of why galaxies have spirals is known, but the details remain controversial but one accepted concept is due to the galaxies are differentially rotating - that is, the time to complete a full rotation increases with distance from the center. Differential rotation causes any disturbance in the disk to wind up into a spiral form.

However it seems simple in explanation, the trouble with this simple explanation is that the differential rotation would cause spiral features to wind up too quickly, so galaxies would not look like spirals for any appreciable length of time.

Another most fascinating theory that explains the existence of spiral arms around the edge of galaxies is the turbulence theory of spiral structure proposed by Werner Karl Heisenberg (W. K. Heisenberg) and Carl Friedrich Freiherr von Weizsäcker (C. F. Von Weizsäcker). According to this theory, a hierarchy of turbulence elements will appear in the thin, slowly rotating interstellar gas. Depending on the physical condition of teh gas, some turbulence elements of specific sizes may form clouds, which by different rotation may be stretched into spiral arms. According to Von Weizsäcker, bar formation is also possible in this manner.

Many scientific communities think that the magnetic field of the galaxy is itself responsible for spiral arms while some consider the gravitational force as dominant.

Ray Carlberg said, "The second important piece of physics for the understanding spiral structure is that the stars and gas in the disk of the galaxy exert an appreciable gravitational force. That force helps maintain the spiral form against the tendency to wind up. Almost everyone agrees on this basic physics. So, why do disk galaxies often have spiral shapes? There is observational evidence that nearby companion galaxies or an asymmetric, bar-shaped concentration of mass can drive a spiral wave in the disk of the galaxy. Disks that lack such forcing features are the tricky ones to explain. One explanation centers on the fact that gravitational systems act to increase their central binding energy. Spiral arms remove angular momentum from the center of the galaxy, allowing it to achieve a state of higher binding energy. There are two main versions of the theory of spiraling: one in which the waves are steady and long-lived, the other in which spirals are transient features that come and go. The natural, but not very easy, test is to observe spiral galaxies for a few hundred million years and see what happens."

While these explanations seem reasonable, many consider the density wave theory to be more dominant over all the theories that explain the spiral phenomenon of the galaxy.

Three theories that well-describes the formation of spiral arms around the spiral galaxies (I will be describing in the upcoming sessions):

Debra M. Elmegreen, Maria Mitchell Professor of Astronomy at Vassar College, and Bruce G. Elmegreen, a staff scientist at the IBM T.J. Watson Research Center describe; most spiral arms in galaxies are density waves, which are compression waves (like sound) that travel through the disk and cause a piling-up of stars and gas at the crest. But Jerry Sellwood at Rutgers University thinks that there is a problem of the origin of density waves is difficult because the billions of stars in a galaxy all exert gravitational forces on each other.

More plausible theories explaining the formation and maintenance of large-scale spiral patterns in disc galaxies have been developed in more recent years.