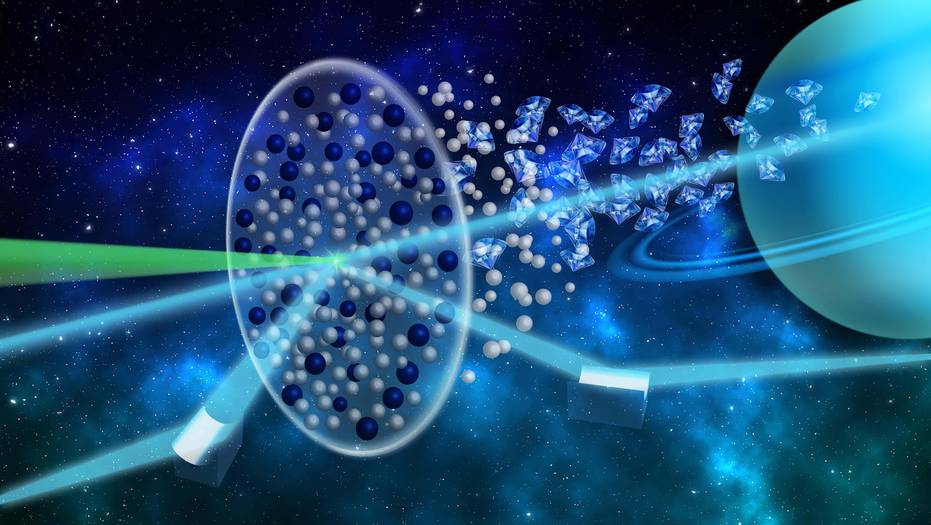 The universe is vast and extensive. The observable universe contains at least 2 trillion galaxies and huge more than that number of stars, planets, and other stuff. Here, I am worried you will be confused with the definition of the observable universe because it is often misunderstood. The observable universe is a ‘spherical region’ of the universe that comprises of all the matter that can be observed from Earth. Observed from Earth doesn’t mean with the naked eye; this also accounts for the observation using different ground and space-based telescopes at the present time. Also, to be more clear, “present time” in the sentence indicates that the electromagnetic radiation from objects has had time to reach the Solar System and succeeding the Earth since the beginning of the cosmological expansion.

Have you noticed ‘spherical region’ in the above paragraph? Here, spherical means that if you stand at the center and look in every direction, the universe will look the same and this is not just someone’s thought conclusion. All observations that have been made using the most powerful telescopes show that the universe looks the same in all directions.

So, with this some non-marginal understanding, now let us come to our topic; why Neptune may rains diamond?

In brief, Neptune is the last and the farthest known planet (gas and ice giants) of our solar system. It was holding the second last position (Pluto was the last) till 2006 when Pluto was classified as a dwarf planet of our solar system and was excluded from the major planet of our solar system. Neptune’s mass is 1.02413×1026 kg which is almost 17 times that of Earth and its atmosphere is mainly composed of about 80% hydrogen and 19% helium. So, it’s atmosphere primarily contains hydrogen and helium, along with traces of hydrocarbons and possibly nitrogen, and a higher proportion of "ices" such as water, ammonia, and methane.

It has been already predicted that about a depth of 7,000 km, a condition may present at Neptune such that methane decomposes into diamond crystals and rain downwards like hailstones. Though The effects of hydrocarbon reactions and diamond precipitation on the internal structure and evolution of icy giant planets such as Neptune and Uranus have been discussed for more than three decades, no one knows exactly why. In this race to understand and reveal the secret behind the diamond rain in Neptune, astronomers are in the continuous chase.

Similarly, recently in 2017 researchers published a paper describing their lab work about the formation of diamonds in laser-compressed hydrocarbons at planetary interior conditions and they relate it with the raining of diamonds in Neptune or Uranus. More recently another group of researchers including Helmholtz-Zentrum Dresden-Rossendorf, Technische Universität Dresden, Lawrence Livermore National Laboratory, SLAC National Accelerator Laboratory, GSI Helmholtzzentrum für Schwerionenforschung, and the University of California, Berkeley describe their lab work in the journal Nature Communication. They produced new experimental evidence showing how this could be possible. The team recreated an extreme condition, using a new approach, with the help of X-ray Thomson scattering, which is a complex and can only be achieved for fractions of a second. The result they got using the new approach certainly reshape the previous measurements and also reinforce the premise the hot hydrocarbon mixture in the interior of the ice giants can produce a kind of diamond rain.

Being physically at the atmosphere of a planet like  Neptune is almost impossible by the current technology we have. In fact, Neptune has never been visited directly by any spacecraft except Voyager 2. Voyager 2 visited Neptune during its flyby on 25 August 1989. However, the advent of the Hubble Space Telescope and large ground-based telescopes with adaptive optics has recently allowed for additional detailed observations from afar. But concerning the distance, the planets lie in and its atmospheric composition, astronomer employ a bypass to study them: taking the data, they try to create alike environment in the laboratory and study them. Similar has been done by this research group led by Helmholtz-Zentrum Dresden-Rossendorf (HZDR).

The team was able to prove that the high pressure inside planets like Neptune or Uranus dissolves hydrocarbon into its individual parts and converts the released carbon atoms into diamond structures.

They used the SLAC National Accelerator Laboratory's Linac Coherent Light Source (LCLS) X-ray laser for the most precise measurements yet of how this 'diamond rain' process should occur - and found that carbon transitions directly into a crystalline diamond. They remodeled the matter by mixing those elements that are typical for planets, in the case of ice giants, hydrocarbon, employing intense laser light, and studied their structure.

Basically they irradiated Polystyrene (C8H8)n samples by two co-propagating high-energy laser beams and that resulted in two shock compression waves. The compressed samples were then probed in situ by X-ray. Consequently, the scattered X-rays were detected by two spectrometers, one in backward scattering geometry and one in forward scattering geometry.

About the energy of the incident laser, Dr. Dominik Kraus, lead author of the study said, “We produce about 1.5 million bars, that is equivalent to the pressure exerted by the weight of some 250 African elephants on the surface of a thumbnail.”

The projected laser shock waves heat up the matter to approximately 5,000 degrees. To evaluate the effect, researchers shoot an extremely powerful X-ray laser at the sample. Depending on how the light is scattered as it passes through the sample, they can draw inferences about the structure of the matter.

This was not the first time the team studied the phase change of hydrocarbon into carbon. They had earlier studied and proved the possible formation of diamonds in planets using X-ray diffraction. This also evidenced the raining of diamonds in Neptune.

Kraus explained, “In the case of the ice giants we now know that the carbon almost exclusively forms diamonds when it separates and does not take on a fluid transitional form.”

As expected, when the sample was hit by an X-ray beam, they observed that in a state of warm dense matter, what was formerly plastic produces diamonds. They concluded that the high pressure can split the hydrocarbon into carbon and hydrogen and the carbon atoms that were released also compact into the diamond structure. In the case of planets like Neptune and Uranus, this means that the formation of diamonds in their interior can trigger an additional energy source.

The diamonds are heavier than the matter surrounding them and slowly sink to the core of the planet in a kind of diamond rain. In the process, they rub against their surroundings and generate heat – an important factor for planet models.

The international research team is now planning to apply it to hydrogen mixtures similar to those that occur in gaseous planets and to compressed pure hydrogen as found in the interior of small stars.