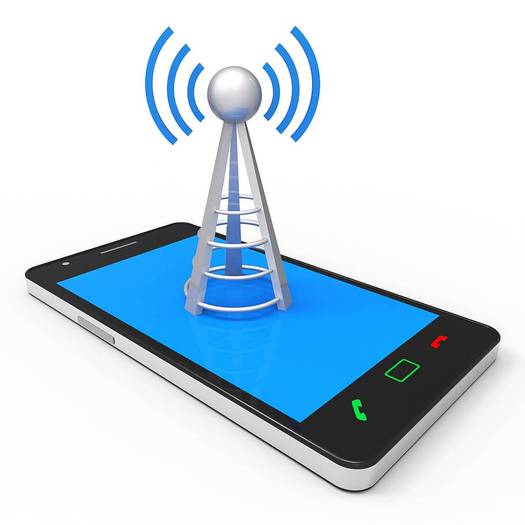 Imagine your smartphones and other electronic devices being charged by the wifi signals that are connected to itself. Isn’t this be fascinating? Of course Yes!, I think.

This is how a team of scientists thought of making this fascinating a real.

A team of physicists at Massachusetts Institute of Technology (MIT) now devised a blueprint to design a device that would be able to convert ambient terahertz waves, commonly T-rays, into a direct current, a form of electricity that powers many household electronics.

Terahertz wave is the wave that is emitted by any device that sends out a Wi-Fi signal. This wave is also an electromagnetic wave with a frequency somewhere between microwaves and infrared light.

Till now, these high-frequency waves are of waste and now scientist imagines of converting these waste things into a useable power source.

Hiroki Isobe lead author and a postdoc in MIT’s Materials Research Laboratory said, "We are surrounded by electromagnetic waves in the terahertz range." Isobe added, "If we can convert that energy into an energy source we can use for daily life, that would help to address the energy challenges we are facing right now."

The theoretical design published by the team of Isobe takes advantage of the quantum mechanical or atomic behaviour of the carbon material graphene. When graphene is combined with another material, in this case, boron nitride, the electrons in graphene will skew their motion toward a common direction and they planned to use terahertz waves to 'shuttle' graphene’s electrons, like so many tiny air traffic controllers, to flow through the material in a single direction, as a direct current.

Through decades, scientists have been looking for ways to harvest and convert ambient energy into usable electrical energy and they have done so mainly through rectifiers, devices that are designed to convert electromagnetic waves from their oscillating (alternating) current to direct current. But these rectifiers only work up to a certain frequency input and have not been able to accommodate the terahertz range. Therefore, Isobe and his fellow researchers wondered whether, at a quantum mechanical level, a material’s own electrons could be induced to flow in one direction, to steer incoming terahertz waves into a DC. Isobe was aware that such a material that they are using instead of rectifiers would have to be very clean, or free of impurities, for the electrons in the material to flow through without scattering off irregularities in the material and he found, graphene as the ideal starting material.

Using graphene doesn't utterly accomplished what they desire, it also added a problem. Under a normal, graphene’s electrons feel an equal force between them, meaning that any incoming energy would scatter the electrons in all directions i.e. symmetrical and they have to break this symmetry to make electros flow completely in one direction.

To solve this they went through the literature and found a solution. They found that in an experiment with graphene by placing it atop a layer of boron nitride, a similar honeycomb lattice made of two types of atoms - boron and nitrogen, the forces between graphene’s electrons were knocked out of balance: electrons closer to boron felt a certain force while electrons closer to nitrogen experienced a different pull. In other words, this effect is called skew scattering in which clouds of electrons skew their motion in one direction.

By the systematic theoretical study of all the ways electrons in graphene might scatter in combination with an underlying substrate such as boron nitride and also how this electron scattering would affect any incoming electromagnetic waves, particularly in the terahertz frequency range, he found that if graphene were relatively pure, electrons were driven by incoming terahertz waves to skew in one direction, and this skew motion generates a DC.

Isobe explained, "With many impurities, this skewed motion just ends up oscillating, and any incoming terahertz energy is lost through this oscillation. So we want a clean sample to effectively get a skewed motion."

By the study, stronger the incoming terahertz energy, the more of that energy a device can convert to DC current. So now they also have to search for any device that converts T-rays should also include a way to concentrate those waves before they enter the device.

Considering all these requirements in the mind, the researchers drew up a blueprint for a terahertz rectifier consisting of a small square of graphene that sits atop a layer of boron nitride and is sandwiched within an antenna that would collect and concentrate ambient terahertz radiation, boosting its signal enough to convert it into a DC current. Isobe said: "If a device works at room temperature, we can use it for many portable applications."

Liang Fu, a co-author and an Associate Professor of Physics at MIT said, "this would work very much like a solar cell, except for a different frequency range, to passively collect and convert ambient energy." He also added, "we are taking a quantum material with some asymmetry at the atomic scale, that can now  be utilized, which opens up a lot of possibilities."

About the future use, Isobe highlighted that terahertz rectifiers may be used, for instance, to wirelessly power implants in a patient’s body, without requiring surgery to change an implant’s batteries. Such devices could also convert ambient Wi-Fi signals to charge up personal electronics such as laptops and cellphones.

The researchers published their theoretical results in the journal Science Advances and are working with experimentalists to turn their design into a physical device.