Yes, Coronavirus is Mutating but You don’t Need to Panic 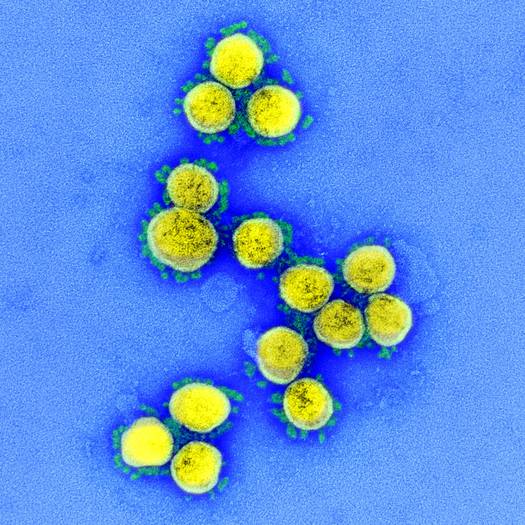 As the SARS-CoV-2 is spreading, there is an obvious urgent need for an effective vaccine/antidote against it. Until now, more than 62 vaccines for SARS-CoV-2 are being explored and there are even more vaccine candidates on the list. For almost all vaccines and antibodies, the target is the Spike protein of SARS-CoV-2. This Spike mediates binding and makes an entry path for the virus into host cells.

But as it's been several months that SARS-CoV-2 is around us, we have heard about its mutations.

Yes, it is true that coronavirus is spreading and also mutating simultaneously. Along with this you may have heard that the perfect cure of COVID-19 will never be a success story as the virus is mutating over time and when we will be able to develop a vaccine or antidote, the virus will in its mutated stage exacerbating the scenario. But wait, this type of story is not all true and you don't need to be worried about the mutation of coronavirus, scientific study says.

Virus expert explains that changes in a virus's genetic blueprint, or genome, happen all the time and its normal process. Similar to others, this process is also normal in coronavirus. They expect viruses to evolve and are confident that not all of those mutations are meaningful and dangerous as rumored.

For instance, a very first mutation is nothing but just a change. Viruses are nothing but simply a protein shell in which DNA or RNA is their genetic material and in the case of SARS-CoV-2 the genetic material is RNA. Nucleotides - which are arranged in triplets called codons - are the building block of RNA and these triplets of nucleotides provide the code for building amino acids. These amino acids are what make up the virus's proteins.

Though there is a high chance that in one of 30,000 nucleotides changes, sometimes a mutation in a triplet is silent. This means the codon still codes for the same amino acid and the virus might not act differently. In some cases, the mutation could also breed maladjusted viruses that quickly disappear.

Though these changes are not harmful to us, researchers track these changes, so they can analyze where and how the coronavirus is spreading in a population, and monitor for further changes in its genetics. This process of tracking the mutation of SARS-CoV-2 has been conducted by scientists since experts from China released the first coronavirus genetic sequence in January 2020.

But in some cases, a mutation can be harmful to us. Only a certain type of mutations might give rise to a virus that is dangerous to people. Fortunately, such kinds of mutations are rare and also they are hard to identify.

For instance, in a preliminary study published on May 5 at bioRxiv, researchers showed their concern about a mutation type of SARS-CoV-2.

They claimed they have identified 13 mutations in Spike of SARS-CoV-2 that are accumulating but the mutation spike D614G is of urgent concern and it began spreading in Europe in early February. They explained when this mutation spike D614G introduced to new regions it rapidly becomes the dominant form and makes the virus more transmissible. But the study lacked laboratory experiments to support the claim.

Also, the process of change in viruses is an ever-going process. The virus begins making copies of its genetic instructions once it infects a cell. For producing a copy of its genetic instructions, it needs to have the necessary tools to proofread each string of RNA. But most viruses don't have the necessary tools to proofread and so the process is not completely accurate but rather an error-prone process.

Though such a proofreading enzyme is rare in RNA viruses, SARS-CoV-2 does have this enzyme. But still, their genomes have errors, and changes still accumulate, just more slowly than in other RNA viruses such as influenza.

Experts suggest to stand calm and not to worry about the mutation cases of SARS-CoV-2.

For instance, a team of researchers from University College London (UCL), Cirad and the Université de la Réunion, and the University of Oxford have formally tested to determine whether any of the recurrent mutations that have been observed in SARS-CoV-2 to date significantly alter viral transmission and they found that no evidence for increased transmissibility from recurrent mutations in SARS-CoV-2.

Researchers team from University College London (UCL), Cirad and the Université de la Réunion, and the University of Oxford, have identified 6,822 mutations of SARS-CoV-2 across a global dataset among which 273 mutations have occurred repeatedly and independently. Of those, 31 mutations that have occurred at least ten times during the current pandemic. They claimed none of the mutations of the SARS-CoV-2 virus that are currently detected appear to increase its transmissibility.

Lead author Professor Francois Balloux of UCL Genetics Institute said, "As a growing number of mutations have been documented, scientists are rapidly trying to find out if any of them could make the virus more infectious or deadly, as it's vital to understand such changes as early as possible.

"We employed a novel technique to determine whether viruses with the new mutation are actually transmitted at a higher rate, and found that none of the candidate mutations appear to be benefiting the virus."

This analysis of virus genomes from over 15,000 Covid-19 patients from 75 countries was posted as a preprint (not yet been peer-reviewed) on bioRxiv on May 21, 2020.

To predict and to be aware ahead, researchers examine the genetic sequences of coronavirus from the patients all over the world and they also take into consideration the results from the lab studied experiments.

Though these studies take time, expert guarantee the more coronavirus mutations will pop up over the coming months, and experts will continue to track them.

For now, you don't have to panic about the cases you may hear or have heard about the mutation of SARS-CoV-2. Just be calm and hope the vaccine soon be developed.