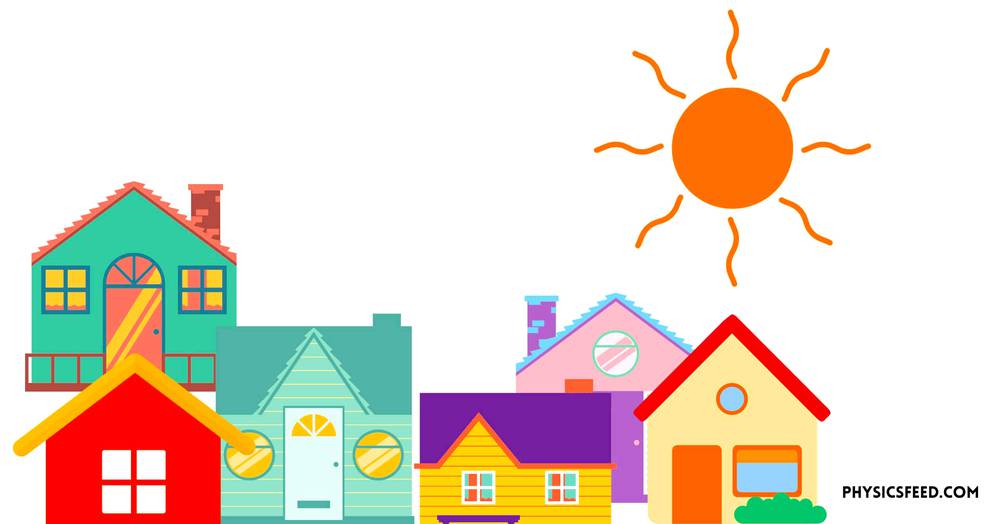 Researchers from Purdue University have developed a new super white paint that is so reflective that it can cool a surface to below the surrounding air temperature, even under sunlight.

Scientifically black materials are better absorbers of heat than other colours and white materials are good at reflecting. In fact, the ultra-black materials can today absorb more than 99.96 percent of sunlight. So, the preference of black and white colour clothes are made during summer and winter. Here, we will be discussing an ultra-white material that is a good reflector with the unprecedented reflecting capacity.

As scientists regularly used to announce that we need to be more cautious about the increasing global temperature. This year (2020), as verified by US National Weather Service, Death Valley National Park, California hits a record-breaking highest temperature on Earth; the recorded temperature was 54.4 0C (130 0F).

Scientists have a horrible expectation that by 2050 global warming would grow by at least 90%.

In this context, strong efforts to reduce global warming is imminent and ways to passively keep things cool without using energy is also needed. Hence, cool roofs painted white is one alternative and also are a common sight in hot climates. But material scientists think they can do one better and they even designed new super white materials.

They claimed that the new designed super white material can passively reflect 95.5 percent of the sunlight that reaches its surface back into outer space while the existing commercial heat-reflective paints can only reflect 80-90 per cent of the collar energy. The new material showed the sky window emissivity of 0.94

A professor at the School of Mechanical Engineering at Purdue University in Indiana and an author of the study, Xiulin Ruan said, "It is a persistent task to develop a below-ambient radiative cooling solution that offers a convenient single-layer particle-matrix paint form and high reliability. This is critical to the wide application of radiative cooling and to alleviate the global warming effect."

For the fabrication of this new super white paint, the team considered multiple factors like higher electron band gaps and they achieved strong performance with CaCO3-acrylic paint.

They searched for higher energy bandgap materials so it can minimize the solar absorption in the UV band and CaCO3 has an electronic bandgap greater than 5 eV.

Instead of earlier available commercial paints where we find standard titanium dioxide particles as the fillers, the team used CaCO3 as the fillers; CaCO3-acrylic paint with 60% volume concentration was made using a commercially compatible process which boosts sunlight scattering, as well as a broad particle size distribution instead of a single particle size for efficient broadband scattering.

The team conducted two field test setups to characterize the cooling performance of the paints on the roof of a high-rise building.

Researchers performed cooling tests in West Lafayette, Indiana over a two-day period. The paint sample remained 10 0C below the ambient temperature at night and at least 1.7 0C below the temperature of the ambient surroundings when the Sun was at its zenith. The team then performed a second test in which part of a pattern was painted with the novel paint while another part was painted using a commercial white paint of the same thickness. An infrared camera revealed that the calcium carbonate-based acrylic paint was able to maintain a lower temperature under direct sunlight than its commercial counterpart.

They found that the matrix of the paint also has a vibrational resonance peak, which ensures a high amount of heat is reflected outwards - at a rate much higher than what other cooling paints can achieve.

Ruan said, "This paint may even be used to combat climate change since it rejects sunlight and radiates heat into space.”

Aaswath Raman at the University of California, Los Angeles said, “This is a very nice result.” Raman added, “It demonstrates a paintable solution that employs materials commonly used by the paint industry, and gets reasonably good cooling performance. One potential limitation could be its use of organic solvents, but that could be addressed in the future.”

In future the team plans to perform long-term reliability studies of the sample where they will be evaluating its resistance to ultraviolet light exposure, dust, surface adhesion, water, and detergent in order to ensure its function as a commercial product.

Ruan explained that the new paint is compatible with the manufacturing process of commercial paint, and the cost may be comparable or even lower and the key is to ensure the reliability of the paint so that it is viable in long-term outdoor applications.

Research was published in the journal Cell Reports Physical Science on October 21, 2020.