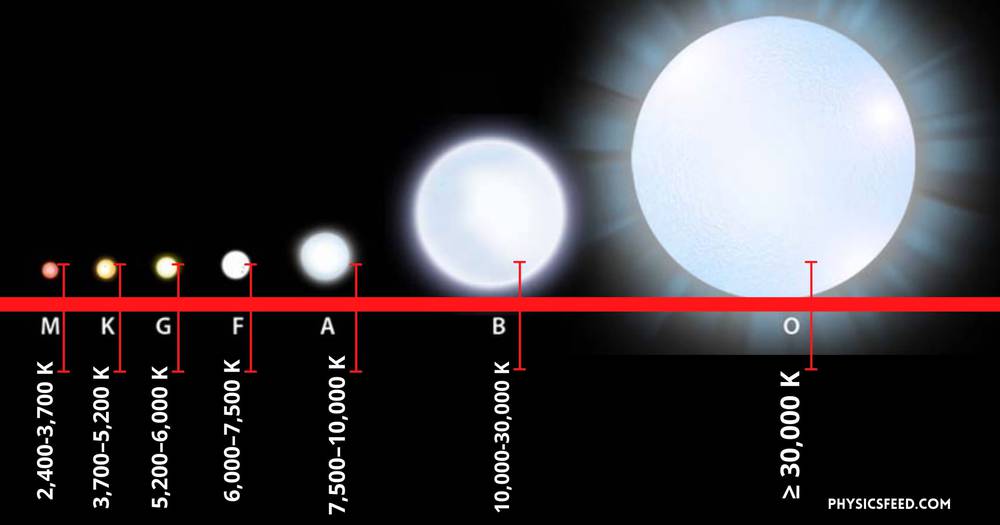 Each spectral line of stars indicates a particular chemical element or molecule, with the line strength indicating the abundance of that element where the strengths of different spectral lines vary mainly due to the temperature of the photosphere, although in some cases there are true abundance differences.

The work started when Henry Draper in 1872 took the first photograph of the spectrum of Vega. Later Draper’s widow donated the observing equipment and a sum of money to Harvard Observatory to continue the work of classification.

However, many come into the contributors’ list, the main part of the classification was done by Annie Jump Cannon using objective prism spectra.

Related: How are Stellar Spectra Produced and Measured and it’s General Characteristics

The Harvard classification is a one-dimensional classification scheme and is based on lines that are mainly sensitive to the stellar temperature, rather than to gravity or luminosity. Important lines are the hydrogen Balmer lines, the lines of neutral helium, the iron lines, the H and K doublet of ionised calcium at 396.8 and 393.3 nm, the G band due to the CH molecule and some metals around 431 nm, the neutral calcium line at 422.7 nm and the lines of titanium oxide (TiO).

In the Harvard classification scheme, the main types of spectra class are denoted by capital letters; O, B, A, F, G, K, M. These letters are initially ordered in alphabetical sequence, but subsequently, it was noticed that they could be ordered according to temperature.

The classification also contains C and S class which represent parallel branches to types G–M, differing in their surface chemical composition. Additional notations are Q for novae, P for planetary nebulae and W for Wolf–Rayet stars. Further, the most recent addition are the spectral classes L and T continuing the sequence beyond M, representing brown dwarfs.