How Do We Find Habitable Planets? 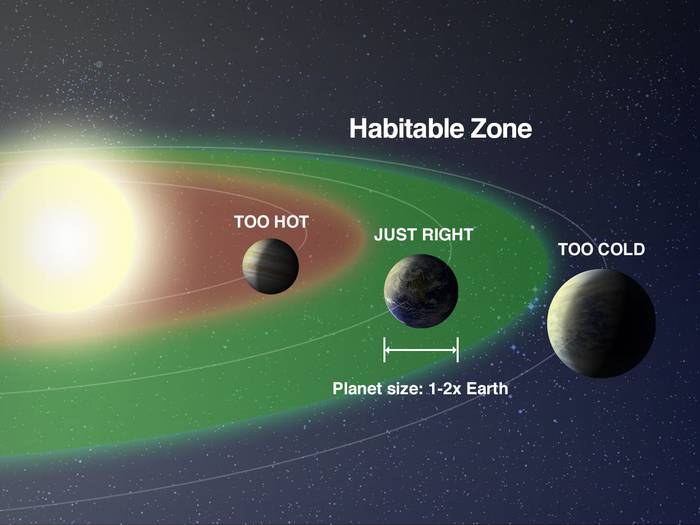 Heretofore, there is only one planet we know of, so far, that is drenched with life - the Earth. Do other planets beyond our solar system, called exoplanets, also host life forms?

Detecting exoplanets around the vast and obscure universe, by all means, is imperative. The trend of discovering new exoplanets with their special properties is being accelerated day by day and researchers are studying them. This has been made all possible by different space and ground-based telescopes like Hubble Space Telescope, Five-hundred-meter Aperture Spherical radio Telescope (FAST), and Atacama Large Millimeter/submillimeter Array (ALMA), etc which are well-equipped with the recent scientific principles and instruments. However, only discovering the new exoplanets does not fulfil our space exploration missions; the scientific community is long been in a race to search for the Earth-like habitable exoplanets, still unresolved. Though some tips are with us that a planet within our solar system - Mars contained water in the past and may contain now too, more confirmations are needed.

It is beyond one's wildest dream in both ways - how can we be alone in such a vast universe full of celestial objects floating around us and also if we are not alone.

To determine if a particular exoplanet accommodate biological life, like on Earth, astronomers first have its habitability test.

The first step of the hunt for habitable exoplanet lie in search of planets about the size of Earth that orbit at just the right distance from their star – in a region termed the habitable zone. A planet that is too near to their star will be extremely hot and too far to star will be extremely cold to hold biological life. For instance, the temperature at  Mercury can reach above 420 °C, the temperature at the farthest known planet of our solar system (remember that Pluto has been designated to dwarf planet) - Neptune, can reach up to -201.15 °C. This much of extreme hotness or coldness is not favourable to support biological life, as we know today. Maybe in the future, further exploration will unveil and add to our knowledge.

Now come to the habitable zone (sometimes termed as a life zone, comfort zone, green belt, or Goldilocks zone). The habitable zone is described by the Goldilocks principle or 'Goldilocks effect' and the planet is called Goldilocks planet. Basically, habitable zone is defined to the distance from the star where that distance not-too-hot or not-too-cold and liquid water can exist on a planet’s surface as the liquid water is a key ingredient for the life as we know till. However, in some cases like Jupiter’s moon Europa, being on outside of its Goldilocks zone may still contain forms of water. Astronomer already gained a hinted evidence that Europa hold water.

More concerning on habitable zone, the location of a star’s habitable zone depends predominantly on the radiation it emits that subsequently depends on its mass. Stars more massive than our sun are hotter, and blaze with radiation, so their habitable zones are farther out. Similarly, stars that are smaller and cooler sport tighter belts of habitability than our sun.

That perfect Goldilocks planet within the zone wouldn't necessarily be home to any furry creatures. To determine the habitability of an exoplanet, astronomers also look at other parameters like water, temperature, nutrients, energy, and atmosphere, and for this, astronomers exploit the well-designed space and ground telescopes.

One is NASA’s Kepler mission. The Kepler mission is helping scientists in the quest to find habitable worlds at Goldilocks planets because they orbit where conditions are "just right" for life.

Some extraterrestrial life search missions also search for the presence of carbon on its surface as carbon is an imperative element of the biological life.

"There are a lot of unanswered questions about habitability," said Lucianne Walkowicz, a Kepler science team member based at Princeton University, N.J., who studies flaring stars. "If the planet gets zapped with radiation all the time by flares from its parent star, the surface might not be a very pleasant place to live. But on the other hand, if there's liquid water around, that makes a really good shield from high-energy radiation, so maybe life could thrive in the oceans."

Also, the habitable zone of a star also depends on chemistry like the molecules in a planet's atmosphere that absorb a certain amount of energy from starlight and radiate the rest back out, and how much of this energy is trapped within their atmosphere.

Other general requirements for life are:

NASA's upcoming James Webb Space Telescope will bring us closer to this goal, by probing the atmospheres of planets, some of which may lie in habitable zones.