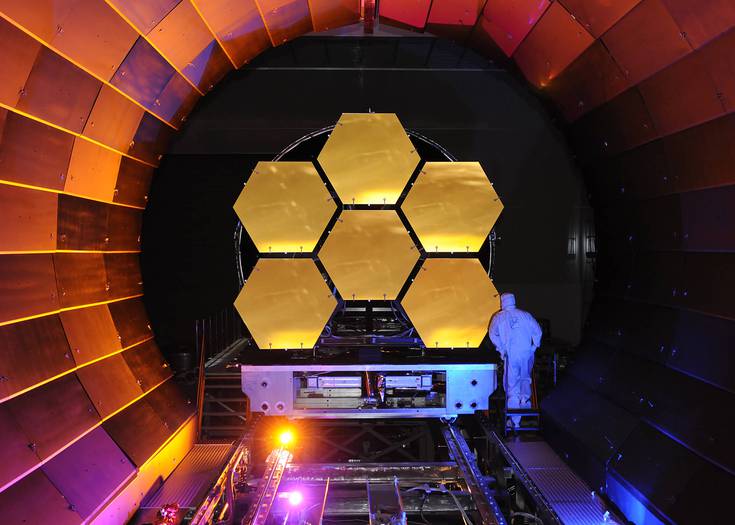 Though the initial invention of the telescope started from refracting types, through the centuries we have been able to advance the telescope features and its detection capabilities.

In principle, telescopes are classified accordingly as the wavelengths of light they were able to detect.

Since the Earth’s atmosphere is opaque to the X-ray, these X-ray telescopes must be put into space where they can get enough X-ray and this can be done by placing them high altitude rockets, balloons or artificial satellites.

One such (X-ray) observatory designed for X-ray astronomy is the Chandra X-ray Observatory which was launched on July 23, 1999. This X-ray telescope is designed to detect X-ray emission from very hot regions of the universe such as exploded stars, clusters of galaxies, and matter around black holes. For the observation, Chandra telescope used to orbit above 139,000 km (86,500 mi) in space, and Smithsonian's Astrophysical Observatory in Cambridge, MA, hosts the Chandra X-ray Center and for the observation.

Chandra is fitted with four highly sensitive mirrors. When the energetic X-ray hits on the hollow shells, they are focused onto the electronic detectors at the end of the 9.2 m (30-ft.) optical bench.

The ultraviolet (UV) telescope works for the detection of electromagnetic radiation at ultraviolet wavelengths approximately between10 and 320 nanometres.

You may be thinking why we need to capture ultraviolet rays from different sources in space and study them?

By studying the ultraviolet line spectrum ejected from the hot young stars we may be able to gain insight on its properties like chemical composition, densities, and the temperatures. The study of ultraviolet radiation from space is also helpful in studying the evolution of the galaxies, detect the presence of a hot white dwarf or main-sequence companion in orbit around a cooler star which helps in understanding the heterogeneous universe.

In the ultraviolet telescope, light is collected by the fitted mirror and which in addition redirects those lights into its several science instruments.

In addition, the light collector of Hubble space telescope is an Aluminum-coated glass mirror and this telescope can work in a near-ultraviolet, visible and near-infrared spectrum of electromagnetic radiation.

To detect the ranges of ultraviolet radiation from space, Hubble space telescope is placed at about 547 kilometers (340 miles) above Earth in space, and in every 97 minutes, it completes one spin around Earth.

Optical telescopes are the telescopes that work by simply capturing the visible lights i.e. by detecting the lights directly from that object. These telescopes seize the visible part of the electromagnetic spectrum and successfully create a magnified image for direct view, or to make a photograph, or to collect data through electronic image sensors.

The working principle of an optical telescope is; ‘the larger the objective, the more light the telescope collects and the finer detail it resolves’.

Catadioptric telescope is usually a combined form of refraction and reflection and the combination is done via lenses and curved mirrors.

One major refracting telescope is the Kepler Space Telescope and was named after astronomer Johannes Kepler.

The Kepler space telescope was designed to survey our region of the Milky Way galaxy to discover hundreds of Earth-size and smaller planets in or near the habitable zone and determine the fraction of the hundreds of billions of stars in our galaxy that might have such planets.

The Kepler telescope was launched by NASA on March 7, 2009. Though Kepler telescope has faced a severe malfunction (on its four reaction wheels) during its designed mission and has almost loosed the stability, engineers didn’t just terminate the mission but devised a remarkable solution and used the pressure of sunlight to stabilize the spacecraft so it could continue to do science. On November 14, 2012, NASA announced that the primary mission assigned to the Kepler telescope was fulfilled but in 2018 Kepler ultimately ran out of fuel; formally ending its mission.

Cool objects like planets, some nebulae, and brown dwarf are too faint and are hard to detect by other telescopes but infrared telescopes can detect them. Using the infrared telescopes we can have an insight into the far regions like the center of our Milky Way galaxy as the infrared radiation has longer wavelengths than visible light, which means it can pass through astronomical gas and dust without being scattered.

A recent airborne infrared telescope is the NASA's (but designed together by scientists from the United States and the German Aerospace Center) Stratospheric Observatory for Infrared Astronomy (SOFIA). SOFIA, a 17-ton infrared 2.5-meter diameter infrared telescope fitted on a Boeing 747 jet airplane, was first launched in 2010 and for the observational, it makes a flight to the stratosphere at 38,000-45,000 feet. Airborne telescopes will utterly eliminate the chances of interference of the external radiations from the Earth’s atmosphere.

Imagine the stability and other noise reduction technology SOFIA is adopted to detect the signals while flying on the air.

Another, the most powerful infrared telescope is under development, called the James Webb Space Telescope (JWST or Webb) which is expected to be launched on an Ariane 5 rocket from French Guiana in 2021.

JWST will have a large infrared telescope with a 6.5-meter primary mirror that is composed of eighteen 1.32 meters hexagonal mirror segments. The mirror segments are made of gold-plated beryllium.

These telescopes are specially designed to help us in understanding the process of star formation from the earliest collapse to stellar birth by observing and examining the molecular clouds including dark cloud cores it will be able to detect and quantify those.

Further, data from the submillimetre telescopes will also serve us to determine the chemical abundances and the cooling mechanism of the molecular dark cloud and also provide us the insight into the mechanisms for the formation and evolution of galaxies.

Atacama Large Millimeter/submillimeter Array (ALMA), an international partnership among Europe, the United States, Canada, Japan, South Korea, Taiwan, and Chile, is one of the powerful submillimetre-wavelength observations which is made up of 54 12-metre and 12 7-metre radio telescopes- a total of 66 antennas.

Another important Submillimetre Telescope is the James Clerk Maxwell Telescope (JCMT) at Mauna Kea Observatory in Hawaii, the US, that is located at an altitude of 4092m. The primary reflector of JCMT is 15-metre in diameter and is made up of 276 individual lightweight panels where each panel consists of a thin aluminum skin pressed into and bonded onto a rigid foam panel.

Radio telescopes are designed to receive radio waves from astronomical radio sources like the Sun and Jupiter of our solar system, the galactic center, supernova remnants, neutron stars, etc. in the sky. As the range of radio spectrum in the electromagnetic spectrum is wide, we need a wide variety of designs and instruments in the antennas of the radio telescopes.