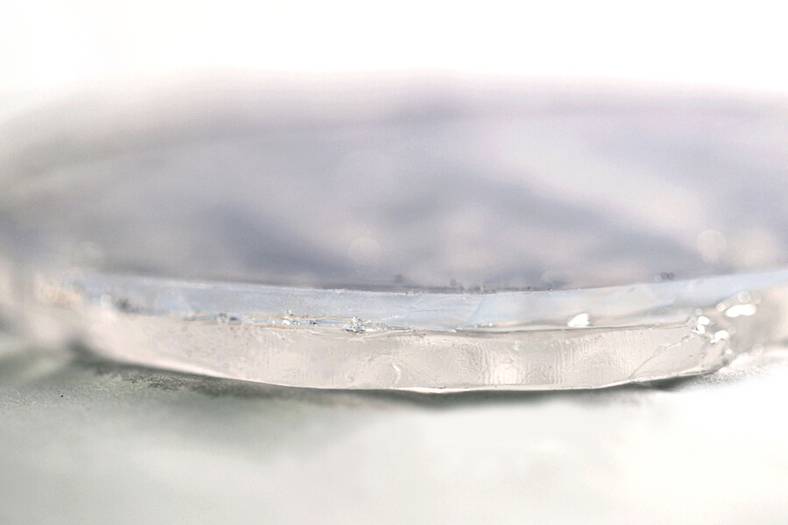 Image showing a close-up of the two-layer material, the upper layer consists of aerogel and the bottom layer of hydrogel.

Researchers from the Massachusetts Institute of Technology (MIT) have successfully developed a cooling system that is made of hydrogel and aerogel composed in two layers, that can keep foods and pharmaceuticals cool for days without the need for electricity.

Applying an approach inspired by the camel-fur, researcher at MIT have designed a two-layered material that could provide extended cooling to preserve the freshness of perishable goods.

This technology can help in keeping things like pharmaceuticals or fresh produce products cool in hot environments, without the need for a power supply. This also can be an alternative technology being useful in a range of applications, including thermal management of buildings, human beings, and semiconductor devices, as well as storage and distribution of food and pharmaceutical products.

Camel has thick insulating fur and they have evolved a seemingly counterintuitive approach to keeping cool while conserving water in a scorching desert environment.

The new approach, the transparent bilayer structure, relies on water evaporation from hydrogels through highly porous aerogels that are of ultralow thermal conductivity and minimize heating from the surroundings.

For a surprise, besides sweating, many desert animals, such as camels and donkeys, use fur insulation not only to keep themselves warm at night but also to assist body temperature regulation during the day.

Earlier solutions (1, 2, 3, 4, 5, 6, 7) to cooling is based on evaporation from hydrogels, which mimics sweat glands in mammals where the humidity difference between the hydrogel surface and the ambient drives a vapour flow, which enables energy transfer to the ambient and is detrimental to the cooling performance. Though advance in its time, earlier work on evaporative cooling overlooked the importance of fur layer. Ideally, this layer needs to be hydrophobic, vapour-permeable, and thermally insulating. These properties enable the fur to reduce the environmental heat gain while allowing water vapour to pass thorough.

The basic raw materials involved - the aerogel, is made of silica, which is essentially beach sand and 97 % water, which gradually evaporates away. The team from MIT successfully mimicked the role of the fur layer by synthesizing a hydrophobic silica aerogel with 95% porosity and approximately half the thermal conductivity of air. The team then combined the aerogels with hydrogels.

Here hydrogel was prepared by free radical copolymerization of acrylamide and 2-acrylamido-2-methylpropan sulfonic acid and mimic the role of the sweat glands as of the desert animals.

Though the fundamental material is cheap, the processing equipment for making the aerogel is large and expensive.

A closer approach like double-pot systems for food preservation has been in use from centuries where water evaporates from the sand out through the outer pot, leaving the inner pot cooler, however, this new idea of combining such evaporative cooling with an insulating layer has not really been applied to human-designed cooling systems before.

In the experimental setup, it took 200 hours for a 5-millimetre layer of hydrogel, covered with 5 millimetres of aerogel, to lose all its moisture, compared to 40 hours for the bare hydrogel. The two-layered material’s cooling level was slightly less - a reduction of 7 degrees Celsius (about 12.6 degrees Fahrenheit) versus 8 C (14.4 F) - but the effect was much longer-lasting. Once the moisture is gone from the hydrogel, the material can then be recharged with water so the cycle can begin again.

A complete research procedure can be found here.