Challenges on Life on Venus 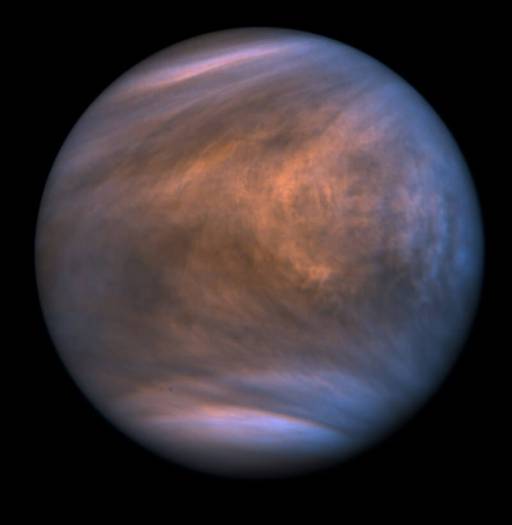 On 14 September 2020, a paper published in the journal nature astronomy reporting the apparent presence of phosphine (PH3) gas in Venus’s atmosphere. If confirmed, this discovery could mean that organisms drifting among Venusian clouds are releasing the gas. Since then, several studies have challenged this study, although not entirely debunked the report.

Also Read: Solid Phosphorus Found in Comets Signifying they Contain All the Raw Elements for Life

The team that claimed the successful detection of the Phosphine in the atmosphere of Venus used the James Clerk Maxwell Telescope (JCMT) in Hawaii to observe a spectral line in Venus’s atmosphere at a frequency of 266.94 gigahertz - right around the frequency where both phosphine and SO2 absorb light. The scientists confirmed the existence of the line using the Atacama Large Millimeter/submillimeter Array (ALMA) in Chile. With ALMA, they looked for other spectral lines that they would expect to see if the line came from SO2, and did not find them. This, they said, suggested that the line they had observed at 266.94 gigahertz came from phosphine.

But, recently arXiv preprint server posted the biggest critique yet on the detection of phosphine in the atmosphere of Venus.

Victoria Meadows, an astrobiologist at the University of Washington in Seattle who helped to lead the latest studies, said, “What we bring to the table is a comprehensive look, another way of explaining this data that isn’t phosphine.”

In one study, Meadows and her colleagues analyzed data from one of the telescopes used to make the phosphine claim - and could not detect the gas’s spectral signature. For them, detection of phosphine on the Venus atmosphere seems unreasonable as PH3 does not have a readily apparent source and should be rapidly photochemically destroyed according to the current understanding of Venus atmospheric chemistry. So, the team presented a reassessment of wideband and narrowband datasets derived from these ALMA observations. In the process, ALMA observations are re-reduced following both the initial and revised calibration procedures discussed by the authors of the original study and also investigated the phenomenon of apparent spectral line dilution over varying spatial scales resulting from the ALMA antenna configuration.

In another study, scientists calculated how gases would behave in Venus’s atmosphere - and concluded that what the original team thought was phosphine is actually sulfurdioxide (SO2), a gas that is common on Venus and this is not a sign of possible life. The idea of this study was since both PH3 and SO2 are spectrally active near 266.94 GHz (the region where astronomers claimed of detecting PH3), the contribution to this line from SO2 must be determined before it can be attributed, in whole or part, to PH3.

The team found that typical Venus SO2 vertical distributions and abundances fit the JCMT 266.94 GHz feature, and the resulting SO2 reference line at 267.54 GHz would have remained undetectable in the ALMA data due to line dilution.

The foundation of this study lies in the fact that PH3 would be destroyed at altitudes above 80 km. They found that the JCMT observation was best explained by the presence of SO2 more than 80 kilometers above the planet’s surface - not by phosphine at 50–60 kilometers above the surface, as Greaves’s team claimed.

They proposed that this is inconsistent with the chemical modeling that assumes generation of PH3 in the Venus clouds.

Ignas Snellen, an astronomer at the University of Leiden in the Netherlands who has published a different critique of the phosphine claim, says “This makes the whole debate about phosphine, and possibly life in the atmosphere of Venus, quite irrelevant.”

Research study from Ignas Snellen concluded that the published 267 GHz ALMA data provide no statistical evidence for phosphine in the atmosphere of Venus.

Jane Greaves, an astronomer at the University of Cardiff, UK, who led the team that made the original phosphine claim, says she and her colleagues are still reading through the new papers and will comment after they’ve evaluated them.

After it turned out that the ALMA data the team had used had been processed incorrectly by the observatory, managers at ALMA realized the mistake, pulled the raw data, reprocessed them, and released the reworked batch in November. Greaves and her colleagues analyzed the reprocessed data and concluded that they were still seeing phosphine - albeit at a much lower level than they had reported at first.

Those reprocessed ALMA data are at the heart of one of the new studies challenging the claim. A team including Meadows and led by Alex Akins, a research technologist at the Jet Propulsion Laboratory in Pasadena, California, aimed to replicate the work of Greaves’s group by analyzing the reprocessed data that had been released to the public and they didn’t observe any Phosphine’s spectral line. Akins said, “We just weren’t able to see it.”

It seems that the case isn’t close yet unless a fresh observation of Venus will be made in near future. Meadows said, “There’s enough wiggle room there.”