More Advanced Detection Technique of Gravitational Waves - LIGO Equipped with Quantum-Enhanced System but Why and How? 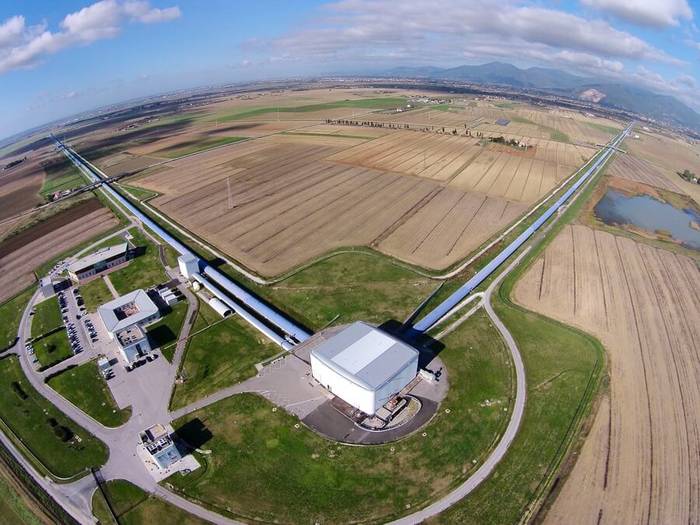 On Sept. 14 of 2015, the Laser Interferometer Gravitational-wave Observatory (LIGO) recorded the first-ever Gravitational Wave. By the analysis of this recorded achievement, scientists first confirmed Albert Einstein’s theory of general relativity is still right in its position. This project was accompanied by LIGO Scientific Collaboration with prominent roles from MIT and Caltech. Till now, LIGO has encountered a total of 11 confirmed gravitational-wave signals (by second observing run (O2) in August 2017) from the merging of black holes and also from neutron stars. With this historic success, scientists always have strived to achieve even greater sensitivity in the LIGO detectors. And now the third observing run (O3) started on April 1, 2019, with improved LIGO and Virgo detectors equipped with technology called quantum squeezing.

Why do we need to upgrade LIGO?

For a short review, The Advanced LIGO instruments (the L1 detector in Livingston, Louisiana, and the H1 detector in Hanford, Washington) are dual-recycled Michelson interferometers equipped Fabry-Perot cavities in the arms and they measure gravitational-wave strain as arm-length modulations of the orthogonal 4-km long arms. Now scientists are in fear of the quantum noise that will affect the LIGO’s detectors.

New research conducted by Nergis Mavalvala, the Curtis and Kathleen Marble Professor of Astrophysics at MIT, postdoc Robert Lanza, graduate student Nancy Aggarwal, and their collaborators at Louisiana State University (LSU) has uplifted one step closer on the desired goal increasing the sensitivity of LIGO detectors.

At the LIGO detectors, scientists realized that there present adequate there's still a source of noise that will hamper on the record activity of LIGO and will damp the sensitivity capability of the detectors. Some of that noise is due to the residual molecules and this can not be removed as this is an inherent property of the materials used. Besides this physicist view of looking into a vacuum state became the main problem. Physicist views the vacuum not as a completely empty state but as a state in which subatomic particles (in this case, photons) are being constantly created and destroyed, appearing and disappearing so quickly they are extremely difficult to detect.

This quantum noise will again give rise to two consequences. One is quantum shot noise that is caused by statistical fluctuations in the arrival time of photons at the interferometer output, and another is quantum radiation pressure noise that happens due to quantum fluctuations in the photon flux impinging on the interferometer mirrors. Since the time of arrival (phase) and number (amplitude) of these photons are equally unknown and uncertain, it will increase the difficulty for scientists to pick out gravitational-wave signals from the resulting background of quantum noise.

How Scientists solved the Problem of the Existing LIGO?

Some fifteen years ago, a research team at MIT already began to design a device to squeeze down the uncertainty in quantum noise eventually to reveal fainter and more distant gravitational-wave signals that would otherwise be buried the quantum noise. Basically, the researcher's team used quantum uncertainty rule to solve the dilemma of uncertainty arisen due to the vacuum state.

They relayed on the principle that the more certain you are about one quantity, the more uncertain your knowledge of the other becomes.

Just as Uncertainty Principle (Heisenberg) which idea was for quantum particles, you could measure position very accurately only by decreasing the certainty of your knowledge of momentum, you could decrease the uncertainty in either phase (which affects the arrival time your detector reads out) or amplitude (which is related to the radiation pressure fluctuations) at the expense of increased uncertainty of the other.

While searching for the solution, the team get stuck at around 40 years old Quantum Squeezing theory, which was first proposed in the 1980s. But when the theory was first proposed nearly 40 years ago, a handful of research groups tried to build quantum squeezing instruments in the lab. This quantum squeezing process works basically as mentioned above (to measure one quantity more accurately, decrease another quantity’s certainty), which is a complex process. You might be able to squeeze the vacuum state into that configuration, but it could easily fall apart back into a state where both phase and amplitude have equal uncertainties.

Therefore, the key play here is to design an optical parametric oscillator. This optical parametric oscillator will hold a small crystal configuration of mirrors. So now, when you fire a laser into the crystal, the atoms inside the crystal rearrange the photons into a squeezed quantum state; instead of equal uncertainties between phase and amplitude, the phase fluctuations are smaller and the amplitude fluctuations are larger.

The team led by Maggie Tse and Lisa Barsotti built and successively integrated squeezers into both LIGO detectors and what they found was really surprising.

Overall, the new quantum squeezers have enhanced the expected detection rate by 40% at LIGO Hanford and by 50% at LIGO Livingston.

When they combined this with all the improvements and upgrades made to LIGO detectors, the third observing run (O3) not only seeing more events than ever before, it's also finding fainter and more distant signals than it could previously find.

"This experiment mimics an important noise source in Advanced LIGO," Mavalvala said. Mavalvala added, "It's now a test bed where we can try out new ideas for improving Advanced LIGO without impinging on the instrument’s own operating time. At this moment in time, Advanced LIGO is the best it can be at its job: to look out at the sky and detect gravitational-wave events. In parallel, we have all of these ideas for making it better, and we have to be able to try those out in laboratories. This measurement allows that to happen with quantum radiation pressure noise (QRPN) for the first time."