Parker Solar Probe (Part-One); A Spacecraft to the Sun 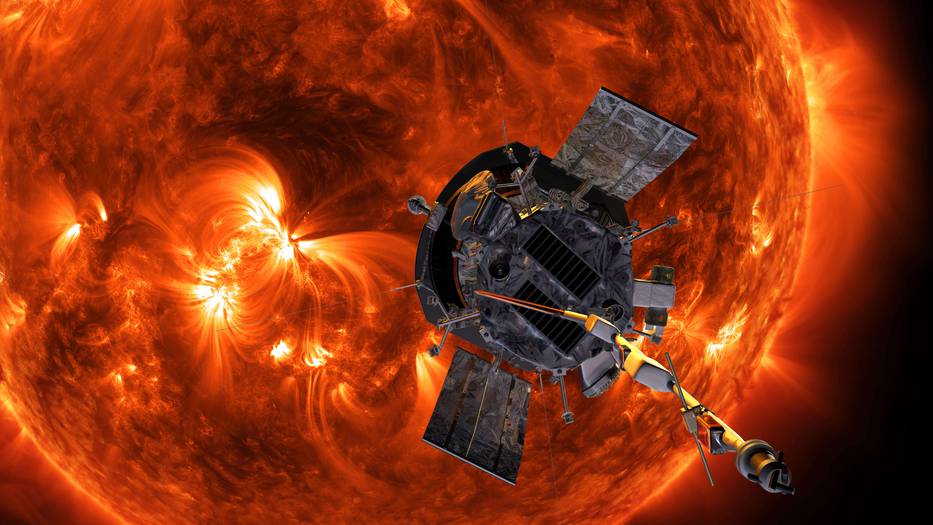 With a mission to study the trace of energy that heats the corona and accelerates the solar wind, on August 12, 2018, space mission named Parker Solar Probe was launched from the lunch site Cape Canaveral, SLC37 using the Delta IV Heavy rocket.

This space became the first NASA spacecraft named after a living person, honoring physicist Eugene Newman Parker, professor emeritus at the University of Chicago. The spacecraft was designed and built by Johns Hopkins University Applied Physics Laboratory. Into the probe, astronomers mounted a memory card containing the names of over 1.1 million people on a plaque. That also contained a copy of his 1958 scientific paper predicting important aspects of solar physics.

Parker Solar Probe travels so fast — 430,000 miles per hour at its closest approach to the Sun, fast enough to travel from Philadelphia to Washington, D.C., in about one second.

How the Parker Solar probe can withhold so much heat at such an unprecedented distance of the Sun?

As this spacecraft will be the first spacecraft to travel at so much distance from the center of the Sun, it has been obviously a more difficult mission.

As there was no such mission that will be so much near to the sun’s activities, the design of this spacecraft needs many new pieces of equipment and instrumentation.

One main thing the astronomers have to deal with is the heating shield mechanism in order to keep the probe safe and in working mode. For this, they fitted it with the eight-foot-diameter heat shield. This will safeguard everything within its umbra.

As the Parker Solar Probe approaches towards the closest approach to the Sun, temperatures on the heat shield will reach nearly 2,500 degrees Fahrenheit, but the spacecraft and its instruments will be kept at a relatively comfortable temperature of about 85 degrees Fahrenheit.

The heat shield, named Thermal Protection System, or TPS, that protects the probe and helps its parts to remain in working condition is made of two panels of superheated carbon-carbon composite sandwiching a lightweight 4.5-inch-thick carbon foam core and the foam is 97% air. Also, to reflect the incident as much of the Sun’s energy away from the spacecraft as possible, they also coated the shield with a specially formulated white coating.

The heat shield and spacecraft underwent testing and evaluation separately at NASA’s Goddard Space Flight Center in Greenbelt, Maryland, before shipping out to Astrotech Space Operations in Titusville, Florida, in April 2018.