Strange Planets in the Universe (Part-Two) 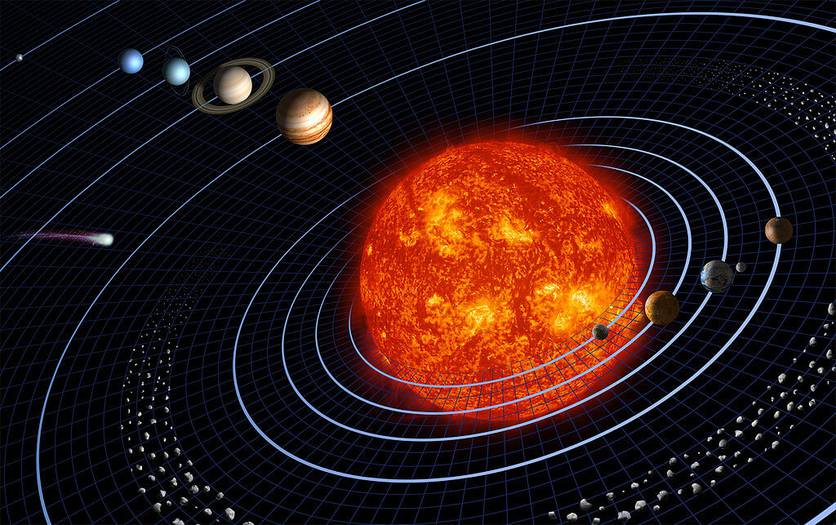 Planets Discovered in Our Solar System

Earlier our solar system contains nine planets but in 2006 IAU included Pluto in the Minor Planet Catalogue, and gave it an official tag of a minor planet. So we have now eight planets in our solar system.

Among those 8 planets of our solar system, only three planets have the official discoverers and times of discovery because all of the other planets (Mercury, Venus, Mars, Jupiter, and Saturn) were bright enough that can be easily seen by the unaided human eye from Earth.

Uranus, the seventh planet of our solar system, was discovered in 1781 and this is the first planet of our solar system to be discovered by using a telescope. Frederick William Herschel, a German-born British astronomer, and composer discovered the planet Uranus on 13 March 1781 while he was making observations of constellation Gemini. Frederick was also the first astronomer to correctly describe the spiral structure of our Milky Way Galaxy.

The second planet discovered was the Neptune which was predicted (from the mathematical calculations) in 1846, independently, by John Couch Adams, an English astronomer and mathematician, and  Urbain Le Verrier. Later on 23 September, 1846 German astronomer Johann Gottfried Galle (along with Heinrich Louis d'Arrest) confirmed the existence of Neptune by observing with a telescope.

The ninth-largest and tenth-most-massive known object directly orbiting the Sun, Pluto was discovered by an American astronomer - Clyde Tombaugh, in 1930.

First Exoplanets Discovered in the Universe

The planets outside our own solar system are called the exoplanets. According to NASA, there are 4,164 confirmed exoplanets and 3,085 planetary systems.

The first exoplanets- planets outside of our solar system was discovered in 1992. Astronomers Aleksander Wolszczan and Dale Frail announced the discovery of two planets orbiting the pulsar PSR 1257+12 ( later designated as PSR B1257+12). A research paper describing the breakthrough was published in the journal Nature on 09 January 1992.

Additionally, in 1994, an additional planet was discovered making a total of three planets around PSR 1257+12.

The observation of the presence of planets around a pulsar (pulsar planets) surprised almost astronomers when all belief is to find planets only around main-sequence stars.

Largest Exoplanet in the Universe

As of 22 June 2020, NASA confirms the presence of 4,164 exoplanets in our universe. More than the confirmed - 5,347 are in the candidate list and further research is going on to transfer them to the confirmed list. Among those exoplanets, an exoplanet called TrES-4b, discovered in 2006 and announced in 2007, is considered one of the largest exoplanets ever found in the universe. This largest exoplanet was discovered by the Trans-Atlantic Exoplanet Survey, using the transit method.

A research paper describing the work was published in the journal The Astrophysical Journal Letter on  2007 September 14.

This TrES-4b is the largest exoplanet (in terms of radius) but only until 2017.

A research paper describing the work was published in the journal The Astrophysical Journal Letter on 2017 April 14.