We Maybe Wrong About Life on Mars 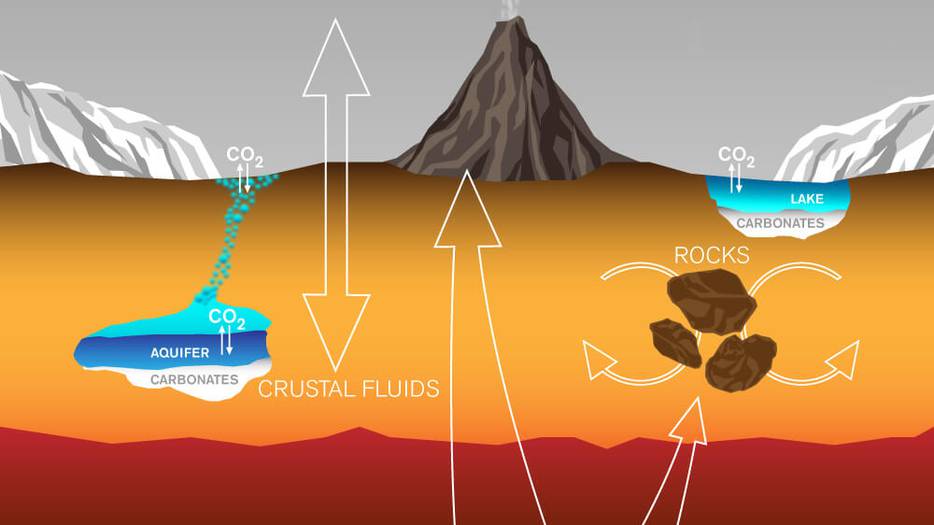 This graphic depicts paths by which carbon has been exchanged among Martian interior, surface rocks, polar caps, waters and atmosphere, and it also depicts a mechanism by which it is lost from the atmosphere. Image © Lance Hayashida/Caltech.

It was on 10 October 1960, then the Soviet Union first tried to launch a spacecraft (only a flyby mission), named Mars 1M No.1 to Mars but the spacecraft failed to orbit and also the launch was a failure. Subsequently, more than 40 spacecraft missions were carried to Mars and 6 missions are already approved and are in the development phase while 10 missions are in the proposed phase. All these missions are primarily targeted in scavenging life on Mars.

Last, on 30 July 2020, NASA launched a rover named Perseverance (nicknamed Percy) with Ingenuity helicopter. The Perseverance mission will collect Martian soil samples and send them to Earth by the 2030s and is designed to explore the Jezero crater on Mars. Ingenuity is a small drone helicopter that is designed to help plan the best driving route for future Mars rovers.

To determine if a particular exoplanet accommodates biological life, like on Earth, astronomers first go through its habitability test.

Also Read: How Do We Find Habitable Planets?

For the habitability test of planets and exoplanets, researchers, in the first step, search for the presence of organic matters like carbon and phosphorus. In addition, researchers must also ponder over a considerable challenge; acidic fluids that may or may have harmed the planet’s surface and atmosphere. Similar to the requirement a team of researchers at Cornell University including the researchers from Spain and Italy have studied the acidic behaviour on the Mars surface.

Gale crater is 96 miles (154 kilometres) in diameter holding a layered mountain rising about 3 miles (5 kilometres) above the crater floor and is the landing site of Curiosity rover. Earlier orbiting instruments have detected signatures of both clay minerals and sulfate salts and so this area is of top scientific interest for Mars Science Laboratory.

Scientists are always eager to know if there is a presence of acidic fluids which once flowed on the Martian surface and may have destroyed biological evidence hidden within Mars’ iron-rich clays.

The importance of clay minerals as targets for biosignature preservation has been widely recognized but there are no previous works analyzing the particular effect of the type of activation, alkaline or acidic and on the efficiency of clays as preservers of organic compounds under Mars-like surface conditions.

This international collaboration of researchers conducted simulations involving clay and amino acids to draw conclusions regarding the likely degradation of biological material on Mars. They evaluated whether the capacity of smectites to preserve organic compounds can be influenced by a short exposure to different diagenetic fluids and analyzed the stability of glycine embedded within nontronite samples previously exposed to either acidic or alkaline fluids, termed nontronites, under Mars-like surface conditions.

Related: We May Have Missed Extraterrestrial Life

Experiments on phyllosilicates formed under low-temperature aqueous conditions have illustrated that Gale crater is the excellent reservoir to host organic compounds against the harsh surface conditions of Mars.

The result from the study showed that smectite previously exposed to fluids with different pH values influences how glycine is adsorbed into their interlayer regions, affecting their potential for preservation of organic compounds under contemporary Mars surface conditions concluding the past presence of acid on the surface may have compromised the clay’s ability to protect evidence of previous life.

Alberto G. Fairén, a visiting scientist in the Cornel University, Department of Astronomy in the College of Arts and Sciences and a corresponding author of the study said, “We know that acidic fluids have flowed on the surface of Mars in the past, altering the clays and its capacity to protect organics.”

He explained that the internal structure of clay is arranged into layers and there may lie the evidence of biological life such as lipids, nucleic acids, peptides and other biopolymers.

Until now no physical stuff has been carried to Earth from Mars, however, as of April 2019, 266 meteorites have been identified as Martian. So the team simulated the Martian surface condition in their laboratory aiming to preserve an amino acid called glycine in clay, which had been previously exposed to acidic fluids.

In the laboratory, researchers simulated Martian surface conditions aiming to preserve an amino acid called glycine in clay, which had been previously exposed to acidic fluids. Their experiment showed photodegradation of the glycine molecules embedded in the clay, after long exposure to Mars-like ultraviolet radiation and exposure to acidic fluids erases the interlayer space, turning it into gel-like silica.

Fairén said, “We used glycine because it could rapidly degrade under the planet’s environmental conditions. It's a perfect informer to tell us what was going on inside our experiments. When clays are exposed to acidic fluids, the layers collapse and the organic matter can’t be preserved. They are destroyed. Our results in this paper explain why searching for organic compounds on Mars is so sorely difficult.”

This study not only shows the wide-angle cases of the presence of life on Mars but also helps us guide the robotic search of biomarkers by the forthcoming rovers, NASA’s Mars 2020 Perseverance and ESA’s 2022 Rosalind Franklin. The Rosalind Franklin rover will drill into the Martian surface, collect soil samples and analyze them in situ.

A paper describing the work was published in the journal Nature Scientific Reports on 15 September 2020.