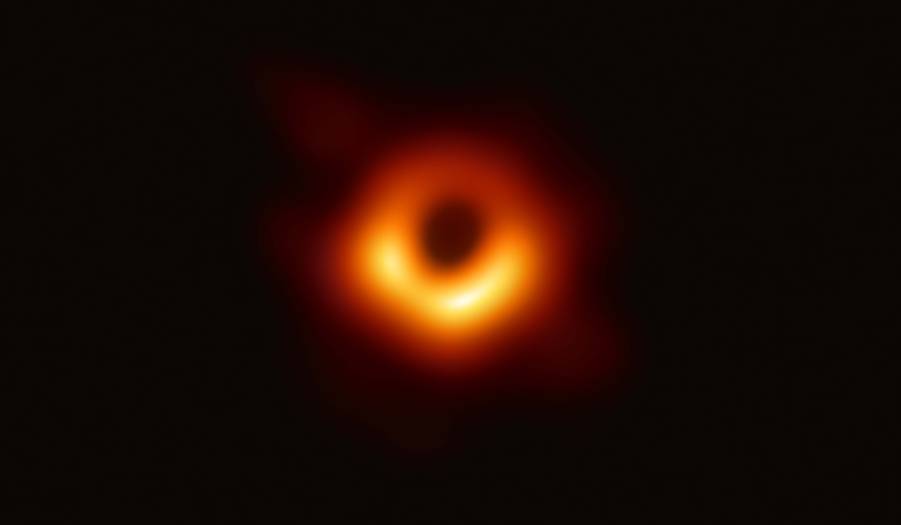 The image shows a bright ring formed as light bends in the intense gravity around a black hole that is 6.5 billion times more massive than the Sun. This long-sought image provides the strongest evidence to date for the existence of supermassive black holes and opens a new window onto the study of black holes, their event horizons, and gravity. Image © Event Horizon Telescope Collaboration

For the first time in history, humans have been able to photograph an elusive and a most curious cosmic object- Black Hole- from which even the light can not escape and announced that black hole has finally been dragged, photographically, from its immense gravitational grip to Earth.

April 10, 2019, news, 'Astronomers Capture the First Image of a Black Hole' was released by researchers at Event Horizon Telescope and its collaboration. They stated, with the international collaboration and a planet-size array of eight ground-based radio telescopes, they were finally able to unveil the first direct visual evidence of a supermassive black hole and its shadow.

Chair of the EHT Science Council Heino Falcke of Radboud University, the Netherlands explained, "If immersed in a bright region, like a disc of glowing gas, we expect a black hole to create a dark region similar to a shadow - something predicted by Einstein’s general relativity that we’ve never seen before."

This shadow, caused by the gravitational bending and capture of light by the event horizon, reveals a lot about the nature of these fascinating objects and allowed us to measure the enormous mass of M87’s black hole.

The breakthrough was announced in a series of six papers published in a special issue of The Astrophysical Journal Letters.

The image reveals the black hole at the center of a massive galaxy called Messier 87 which stands nearby Virgo galaxy cluster. The imaged black hole lies 55 million light-years from Earth and has a mass 6.5 billion times that of the Sun.

EHT project director Sheperd S. Doeleman of the Center for Astrophysics at Harvard & Smithsonian said, "We have taken the first picture of a black hole. Doeleman added, "This is an extraordinary scientific feat accomplished by a team of more than 200 researchers."

The press release was hosted around the globe at: