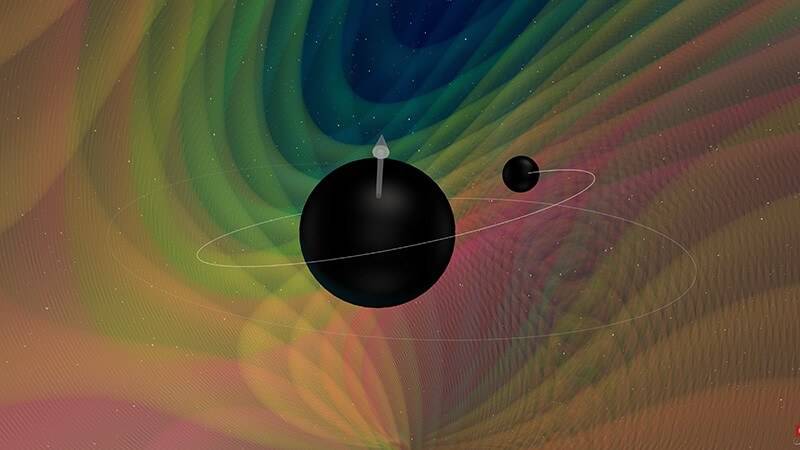 LIGO made the first discovery of gravitational waves in September 2015, by detecting the space-time ripples from two merging black holes. LIGO later joined by Virgo, subsequently made ten more detections in two observing runs that ended in 2017: nine more black-hole mergers and one collision of two neutron stars, and now this collaboration added new historic detection event on its list.

The research finding was posted in the arXiv preprint server.

Prior to the start of the third observing run (O3), which began on April 1st, 2019, the Advanced LIGO and Advanced Virgo detectors were upgraded to increase the sensitivity of all three interferometers. The upgraded system consists of a system called 'squeezed light' - specially prepared photon states that use the Heisenberg uncertainty principle to reduce the noise at high frequencies. In addition, mirrors were also upgraded, the main laser power was increased, and other changes were made to bring up the sensitivity. This increase in sensitivity has broadened the detector network’s access to Gravitational Wave signals from the population of merging binary black holes sources, allowing for the detection of rarer systems.

About the detection from its O3, Maya Fishbach, an astrophysicist at the University of Chicago in Illinois said, "It's an exceptional event." Similar mergers on which data have been published all took place between black holes with roughly equal masses, so this new one dramatically upsets that pattern, she says.

Previous observation of black holes in the Milky Way suggested that black holes should have high spins, but this did not show up in gravitational-wave data from the first two runs and this had left researchers baffled. Interestingly, recently observed data from GW190412, researchers were able to discern the 'spin' of black holes. "We know with confidence that this heavier object had to be spinning," said Isi.

GW190412 is unique in that it is the first black hole merger where the masses of the two black holes are definitively unequal - one black hole in the system is more than 3 times heavier than the other. The unequal masses of GW190412 lead to an asymmetry in the gravitational-wave emission that helped astrophysicists to better infer particular parameters of the system. Researches found that the effective spin was positive and this which tells them that at least one of the black holes was spinning in an orientation close to the orbit of the two black holes around each other. The effective spin and mass ratio inferred for GW190412 is shown in Figure.

Though any effects of precession are not strong enough to be claimed definitively, they saw the marginal signs that the system is precessing. In addition, the unequal masses also helped to break an ambiguity between the distance and the inclination of the system, allowing for better measurement of both parameters. GW190412 occurred almost 2.5 billion lightyears away from Earth.

About the process of merging of this latest unique event, the team highlighted that one of the two black holes that merged had an estimated mass of around 8 solar masses, and the other was more than 3 times larger, 30 solar masses. This imbalance made the larger black hole distort the space around it, so the other’s trajectory deviated from a perfect spiral. This could be seen in the resulting gravitational waves, which were created as the objects spiralled into each other. All the other merger events that have been unveiled produced a wave that forms a similar 'chirp' shape - which increases in both intensity and frequency up to the moment of collision. But GW190412 was different: its intensity didn't simply rise as in a chirp. Fishbach said, "This makes this system very interesting, just looking at the morphology of the signal."

Giancarlo Cella, a researcher at Istituto Nazionale di Fisica Nucleare (INFN) and the Virgo Data Analysis Coordinator said, "The Virgo and LIGO detectors are becoming more and more sensitive, the rate of detections increases and we expect new and unusual events. GW190412 is unusual and interesting, because of the large mass difference between the two coalescing black holes. We are learning that systems of this kind exist and how rare they are. This will allow us to deduce how they formed, which is something that I find exciting."