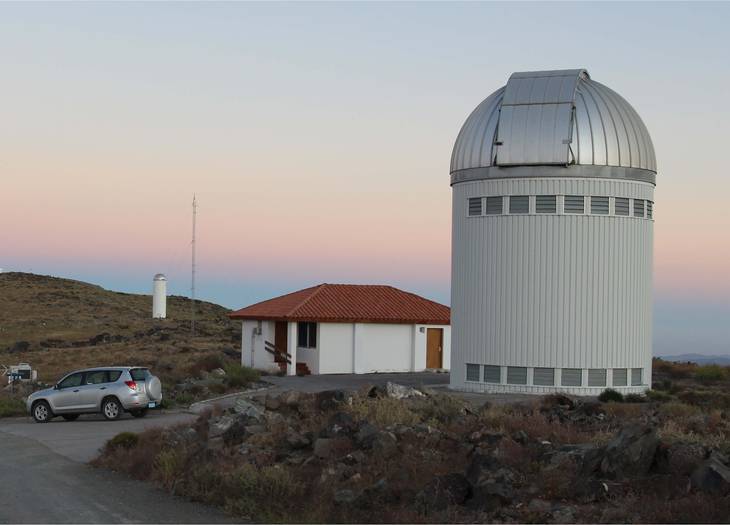 The Polish 1.3m telescope used by OGLE in Las Campanas Observatory in Chile, one of the telescopes working on gravitational microlensing.

After astronomers, Aleksander Wolszczan and Dale Frail announced (also published) the discovery of two planets orbiting the pulsar PSR 1257+12 for the first time in 1992, the search for the exoplanets in the vast universe boosted and continued to today’s astronomical study as well. To date (July 1, 2020) NASA has confirmed the detection of 4,171 exoplanets and 3,092 planetary systems. Among these confirmed exoplanets 76% were detected by using the transit method, 19.3% by using the radial velocity method, 2.3% by using the microlensing, and 1.2% by the direct imaging method.

Thanks to the technological revolution that made us able to graze into the universe beyond our home planet- Earth, however not enough and is advancing day-by-day.

We have different direct and indirect exoplanet detection methods and one such (direct) is the gravitational microlensing method where the operation is almost entirely based on the gravitational force of distant objects that is responsible for bending and focusing the light coming from a star.

In this (gravitational microlensing) phenomenon, the gravitational field of a star acts like a lens that magnifies the light of a distant background star and they are effectively visible when the light-emitting star and the massive object almost exactly aligned.

Image shows the optical geometry of a gravitational lens where,

α is the bending angle,

θs is the actual angle subtended (without lens effect) by the source at the observer,

θ1 is the observed angle subtended (due to lens effect) by the apparent source at the observer,

DL is the angular diameter distance to the lens,

DS is the angular diameter distance to the source, and

DLS is the angular diameter distance between the lens and the source.

The small screen in the above moving picture shows a graph of brightness vs time, called a light curve.

Remarkably, in 1704 Isaac Newton first suggested the idea of deflection of light by the force of gravity. In 1801 Johann Georg von Soldner, for the first time, calculated the amount of deflection of a light ray from a star under Newtonian gravity and the idea successively got hyped in 1915 from the Albert Einstein’s theory of General Relativity.

Using the method of gravitational lensing in finding the extrasolar planet was first proposed by astronomers Shude Mao and Bohdan Paczynski in 1991 and later the principle was refined in 1992 by Andy Gould and Abraham Loeb.

Gravitational microlensing is most effective when looking for planets towards the center of the galaxy, as the galactic bulge provides a large number of background stars.

When a massive object came across the middle of the observer or the intermediary (in our real case the observer is Earth) and a star system then the light rays from the source star pass on all sides of the intermediary, or “lensing” star, creating what is known as an “Einstein ring.”

Some examples of Gravitational Microlensing Surveys are;