A Possible Candidate to Inhibit SARS-CoV-2 Have Been Identified 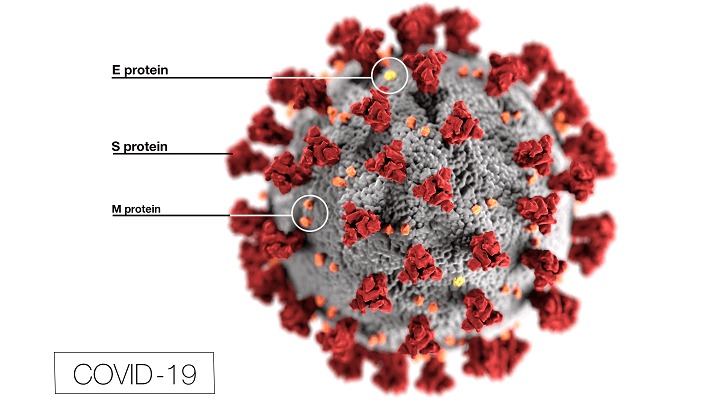 This illustration, created at the Centers for Disease Control and Prevention (CDC), reveals ultrastructural morphology exhibited by coronaviruses. The illness caused by this virus has been named coronavirus disease 2019 (COVID-19). Image © Military Health System

Australian Scientists have shown that, in vitro, an anti-parasitic drug already available around the world can kill the virus within 48 hours. Originally this drug has been identified as an inhibitor of human immunodeficiency virus-1 (HIV-1) replication and also found to inhibit nuclear import of host and viral proteins, including simian virus (SV40) large tumor antigen (T-ag) and dengue virus (DENV) non-structural protein. Moreover, it has been demonstrated to limit infection by RNA viruses such as DENV, West Nile Virus, Venezuelan equine encephalitis virus (VEEV), and influenza.

Researchers studied U.S Food and Drug Administration (FDA) approved drug - Ivermectin, and found, by priliminary use, that this drug inhibits the replication of SARS-CoV-2. The test was done in a controlled environment outside of a living organism.

Though several research and clinical trial are on their way to get the perfect antiviral drug of pandemic SARS-CoV-2, a collaborative study led by Monash University's Biomedicine Discovery Institute (BDI) in Melbourne, Australia, with the Peter Doherty Institute of Infection and Immunity (Doherty Institute), has shown that an anti-parasitic, Ivermectin, a drug already available around the world kills the virus within 48 hours which seems to be a more promising antiviral drug for the pandemic SARS-CoV-2.

The findings of the study were published in the online edition of Antiviral Research on April 3, 2020.

Publishing the result, they wrote, "we report here that Ivermectin, an FDA-approved anti-parasitic previously shown to have broad-spectrum antiviral activity in vitro, is an inhibitor of the causative virus (SARS-CoV-2), with a single addition to Vero-hSLAM cells 2 hours post-infection with SARS-CoV-2 able to effect ∼5000-fold reduction in viral RNA at 48 h. Ivermectin, therefore, warrants further investigation for possible benefits in humans."

The team conducted their research in steps of three as:

The Monash Biomedicine Discovery Institute's Dr. Kylie Wagstaff, who led the study, said, "we found that even a single dose could essentially remove all viral RNA by 48 hours and that even at 24 hours there was a really significant reduction in it." Wagstaff added, "Ivermectin is very widely used and seen as a safe drug. We need to figure out now whether the dosage you can use it in humans will be effective – that’s the next step."

Dr. Wagstaff cautioned that as the test was studied in vitro and more pre-clinical trials need to be carried out in people, so what we have achieved is not the final result.

The studies on SARS-CoV proteins have revealed a potential role for importin (IMP), IMPα/β1 during infection in the signal-dependent nucleocytoplasmic shutting of the SARS-CoV Nucleocapsid protein that may impact host cell division.

Dr. Leon Caly, who is associated with Royal Melbourne Hospital and also a Senior Medical Scientist at the Victorian Infectious Diseases Reference Laboratory (VIDRL) at the Doherty Institute said; "as the virologist who was part of the team who were first to isolate and share SARS-COV2 outside of China in January 2020, I am excited about the prospect of Ivermectin being used as a potential drug against COVID-19."

About further research, Dr. Wagstaff maintains that the use of Ivermectin to combat COVID-19 depends on pre-clinical testing and clinical trials and adequate funding is urgently required to progress the work.