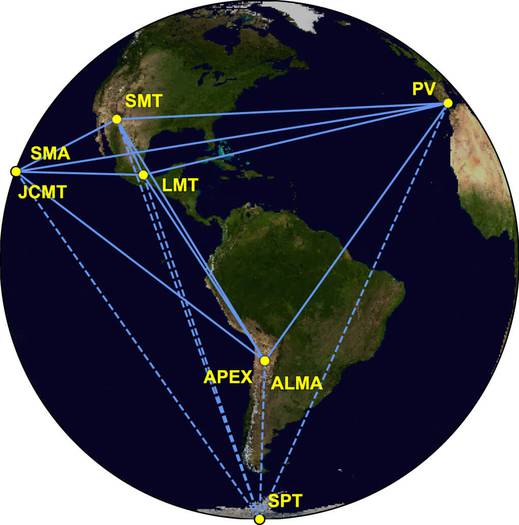 To see the unseeable region from light also can't escape in the far space scientist need to have a more powerful telescope. Scientists and engineers at the Event Horizon Telescope (EHT) basically designed and connect the powerful telescopes around the world so that the capacity will be much greater than they had and develop a systematic calibration strategy.

You may know that even light can’t pass through the gravitational pull of a black hole and doesn't reflect any light. So, you may wonder how the image of the unseen object was captured by EHT. This process obviously needs a deep insight into the existing theories like general relativity and also a complex engineering tool that needs to be designed.

The target was the bright radio core of M87 and Sagittarius A* (Sgr A*) -  the black hole at the centre of the Milky Way galaxy. No single telescope on Earth can make that observation so the team at EHT designed to link up the radio telescope of different places around the globe located at Chile, Hawaii, Mexico, Spain, Arizona, Antarctica and other places around the world so that could form a virtual instrument that will be the size of Earth.

EHT links telescopes around the globe to form an Earth-sized virtual telescope with sensitivity and resolution that was never obtained by any Earth-based telescopes. The EHT observations use a technique called very-long-baseline interferometry (VLBI) which synchronizes telescope facilities around the world and exploits the rotation of our planet to form one huge, Earth-size telescope observing at a wavelength of 1.3 mm.

VLBI allows the EHT to achieve an angular resolution of 20 micro-arcseconds, for instance, enough to read a newspaper in New York from a sidewalk café in Paris.