Strange Black Holes In The Universe 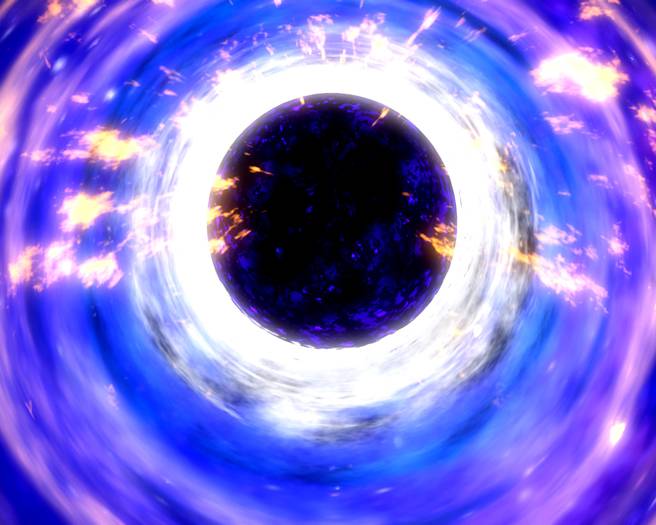 Illustration of a black hole and its surrounding disk, gas spiralling toward the black hole piles up just outside it, creating a traffic jam. The traffic jam is closer in for smaller black holes, so X-rays are emitted on a shorter timescale. Image © NASA

A black hole is a gigantic cosmic monster in space where gravity is so strong that even light can not get out. This is because the matter has been squeezed into a tiny space and this happens when a star is dying.

In 1784, astronomical pioneer and English clergyman John Michell first proposed a brief idea of a body so massive that even light could not escape. He gave the idea of supermassive but non-radiating bodies might exist in the universe and also be detectable through their gravitational effects on nearby visible bodies.

Smallest Black Hole in The Universe

Scientists believe that the smallest black holes were formed when the universe began, called a primordial black hole and the stellar black holes are made when the centre of a very big star falls in upon itself or collapses.

In 2008, a team of astronomers from NASA has identified the lightest black hole, known as XTE J1650-500 in a binary star system in the Milky Way galaxy, which was just 3.8 times the mass of the sun (Solar Mass) and this XTE J1650-500 was formed in the centre of a dying star.

The star that contributes to the stellar black holes can be compared with a nuclear reactor where the star's core is a giant nuclear reactor that generates energy by turning light elements such as hydrogen into heavier elements such as oxygen. But eventually, the reactor ran out of fuel and shut down; means the core of the star ran out of fuel. So now the core collapsed (mainly gravitationally) due to its own gravity and formed a black hole.

Study team leader NikolaiShaposhnikov of NASA's Goddard Space Flight Center in Greenbelt, Md. said, "This black hole is really pushing the limits. For many years astronomers have wanted to know the smallest possible size of a black hole, and this little guy is a big step toward answering that question."

Later, astronomers observed a black hole of mass just 3.3 solar masses at a distance of 10,000 light-years away, located in the outer edge of the Milky Way galaxy's main disk. They published their work in the journal Science on 1 Nov 2019.

Astronomers have been searching for a black hole that has so weak gravitational pull that nothing - not even matter and radiation - can escape. And for this curiosity, they have also been looking for neutron stars – small, dense stars that are formed when some stars died and collapsed.

Todd Thompson, a professor of astronomy at Ohio State University and lead author of the study said, "We're showing this hint that there is another population out there that we have yet to really probe in the search for black holes." Thompson added, “Immediately, everyone was like ‘wow,’ because it was such a spectacular thing, Not only because it proved that LIGO worked, but because the masses were huge. Black holes that size are a big deal – we hadn’t seen them before.”

The detection of gravitational waves by LIGO from merging of two black holes where one of the black holes was about 31 times, the mass of the Sun ignites Thompson and other astrophysicists. This also provided evidence that a massive black hole exists in the universe.

Thompson and other astrophysicists had long suspected that black holes might come in much bigger sizes outside the known range, and LIGO's discovery proved that black holes could be larger and Thompson decided to see if he could solve that mystery.

And at last, Thompson decided to start through the already collected data. He started investigating the data of around 100,000 stars across the Milky Way from Apache Point Observatory Galactic Evolution Experiment (APOGEE) and succeedingly narrowed those data to 200 stars.

He gave the data to a graduate research associate Tharindu Jayasinghe, who compiled thousands of images of each potential binary system from the All-Sky Automated Survey for Supernovae (ASAS-SN). ASAS-SN has already found some 1,000 supernovae.

After more calculations and additional data from the Tillinghast Reflector Echelle Spectrograph and the Gaia satellite, the team realized that they had found a low-mass black hole, likely about 3.3 times the mass of the sun.

The Biggest Black Hole in The Universe

Latest, in 2019, a collaboration of astronomers from the Max Planck Institute for Extraterrestrial Physics (MPE) and the University Observatory Munich observed the most massive black hole ever observed in a galaxy called Holmberg 15A (Holm 15A) that lies some 700 million light-years from Earth. The observed black hole has a mass of 40 billion times more than Solar Mass. To compare with, the black hole at the centre of the Milky Way galaxy - Sagittarius A*, is only 4 million times more massive than the Sun. Galaxy Holm 15A is the brightest member of a cluster of galaxies called Abell 85 that lies in the constellation Cetus.

To map out the structure of the galaxy in more detail than previously possible, the team used the data from Very Large Telescope (VLT), an array of four interconnected telescopes each with a diameter of 8 meters that observes the night sky in the visible and infrared parts of the spectrum.

MPE scientist, Jens Thomas, who led the study said, "There are only a few dozen direct mass measurements of supermassive black holes, and never before has it been attempted at such a distance. But we already had some idea of the size of the Black Hole in this particular galaxy, so we tried it."

Astronomers collected the data from USM Wendelstein observatory of the Ludwig-Maximilians-University and the MUSE instrument at the VLT and performed a mass estimate based directly on the stellar motions around the core of the galaxy. The light profile of the galaxy showed a centre with an extremely low and very diffuse surface brightness, much fainter than in other elliptical galaxies.

Doctoral student Kianusch Mehrgan at LMU and who performed part of the data analysis said, “The light profile in the inner core is also very flat. This means that most of the stars in the centre must have been expelled due to interactions in previous mergers.”

Using data and analyzing those, what they found was a black hole with a mass of 40 billion solar masses. [One solar mass = 2×1030 kg]

With a mass of 40 billion solar masses, this is the most massive black hole known today in the local universe. “This is several times larger than expected from indirect measurements, such as the stellar mass or the velocity dispersion of the stars,” remarks Roberto Saglia, senior scientist MPE and lecturer at the LMU.

Generally, we have a belief that the core of such massive elliptical galaxies forms via so-called “core scouring”,  simply in a merger between two galaxies the gravitational interactions between their merging, central black holes lead to gravitational slingshots that eject stars on predominantly radial orbits from the centre of the remnant galaxy and if there is no gas left at the centre to form new stars – as in younger galaxies – this leads to a depleted core.

Jens Thomas said, “The newest generation of computer simulations of galaxy mergers gave us predictions that do indeed match the observed properties rather well."

Researchers published their results in The Astrophysical Journal.