What is Black Hole Evaporation or the Hawking Radiation 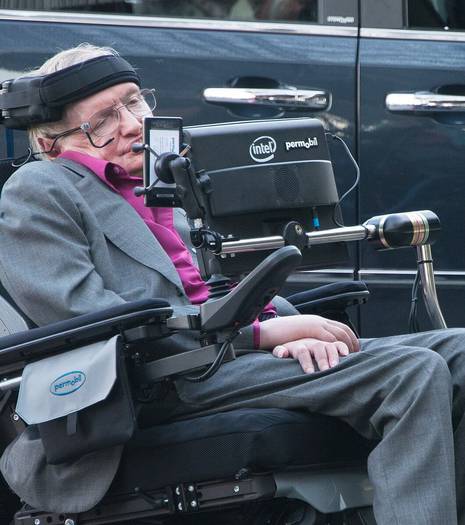 Stephen Hawking while he visited Stockholm on August 24, 2015, in conjunction with a public lecture on black holes and participation in a historic conference on Hawking Radiation. Image © Wikimedia Commons.

The topic of black hole evaporation hyped when in 1972 Jacob Beckenstein theorized that black hole must have its entropy. From this subsequent conclusion described by using the principle of uncertainty, during 1974 Stephen Hawking surprised both scientific and non-scientific world by calculating and claiming that both rotating and non-rotating black holes emit particles in the form of radiation and we called it Hawking radiation.

Hawking claimed that considering the quantum phenomena, black holes are not totally black: they should glow slightly with radiation that consists of photons, neutrinos, and to a lesser extent all sorts of massive particles. This idea of Hawking solved the unsolved mystery of black hole i.e. entropy problem of the black hole.

Hawking imagined a vacuum space near the region of the event horizon. With this, Hawking also expected that particle, anti-particle pairs appeared in this region as described by quantum mechanics, mainly by the uncertainty principle. Among these particle pairs, Hawking predicted that, because quantum vacuum fluctuations are happening in the border area, sometimes positively charged particles manage to escape through the event horizon and negatively charged particles fall back into the centre of the black hole. Now, an external observer would see particles being radiated out of the black hole as radiation which we call Hawking Radiation. Remember these particles are being created nearly at the region of the event horizon and they are not actually coming out from the centre of a black hole.

Theoretically, Hawking calculated the value and type of matter the black hole eject and provide the conceding reason for it.

Mathematically Hawking showed the radiation value to be,

which is also equivalent to,

In the above mathematical form, the presence of ħ indicates that this is completely a quantum mechanical process, while in the classical limit ħ→0. If ħ→0, whatever the other values will be the equation gives T→0, and so classically there exist no radiation in a black hole.

This conclusion is in perfect agreement with the general relativity given by Albert Einstein.