How Hawking Radiation appears; What really happens inside Black Hole? 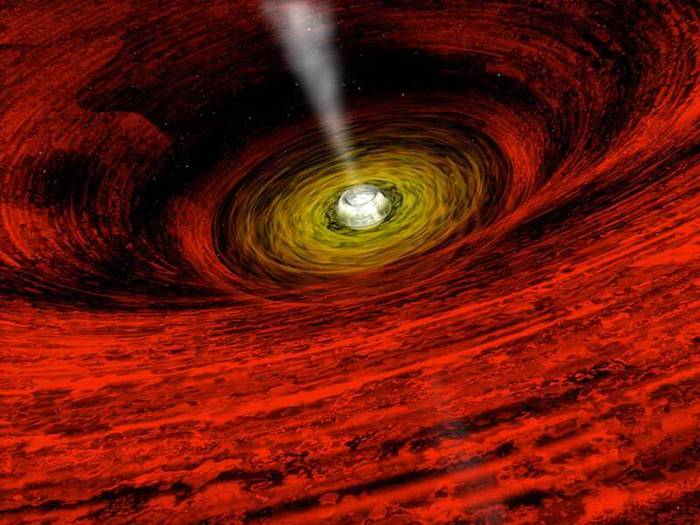 This animation illustrates the activity surrounding a black hole. While the matter that has passed the black hole's event horizon can't be seen, material swirling outside this threshold is accelerated to millions of degrees and radiates in X-rays. Image © CXC/A.Hobart

As the particle approach towards the event horizon, a virtual pair of that particle appears. Here, virtual particles were created by the perturbation in space and for this, the energy is supplied by the force of the black hole. Due to the tremendous force of black hole, one particle gets sucked into the gravitational pull of black hole and travel towards the centre of the black hole and one manages to escape from the event horizon or gravitational pull. Here, the virtual particle pair means the particle-antiparticle pair.

Now, an external observer would see particles being radiated out of the black hole but in fact, these particles are being created at nearly at the event horizon and they are not actually coming out of a black hole.

Hawking used the idea of entropy to describe an important and maybe the most revolutionary property of a black hole. The idea Stephen Hawking used was when a black hole absorbs new materials using its immense gravitational pull then the entropy of those falling materials must go on adding the overall entropy of black hole.

The entropy of materials that goes from outside of region called event horizon to the inside of the event horizon.

Till Stephens Hawking's theory of black hole radiation, scientists only know that the entropy is being added to the black hole and no-one knows if it goes infinitely adding or it would be ejected from the other side of the black hole. Hawking claimed that this entropy can not go on adding like this and there must exist a balance.

The idea was a black hole must also eject some forms of matters or particle that should balance the added entropy. So he introduced the idea of ejection of entropy by black holes in the form of radiations which we now called Hawking radiation. He also mathematically calculated the value of entropy and theoretically solved the entropy problem of black holes.

Till now we have evidence the black holes with lots of hot particles/matter falling into it and due to the radiation of copious infall of particles and matter, the tiny Hawking Radiation effect is completely smothered.

Hawking calculated that for a black hole of M solar mass, it should radiate like a blackbody of the temperature of 6 × 10-8/M Kelvins which is a small quantity. So, for very small black holes encompassing relatively less particle/matter into it will have a more significant value of this radiation, and scientists are in a dilemma whether such a small mass black holes may have existed from the gravitational collapse of greater mass black holes.