Hungriest Black Hole Swallows the Equivalent of a Sun a Day 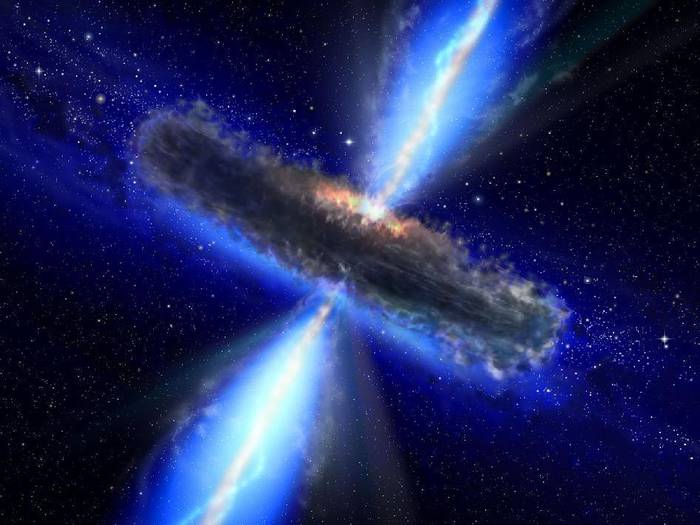 The universe is full of strange celestial objects like stars, strange planets, black holes, neutron stars, white dwarfs, and many other kinds of stuff. We, the human world, have been in continuous grazing and hunting of these stuffs and bringing them down to the Earth (statistically) for many reasons including the search for extraterrestrial life and understanding the bizarre nature of the universe, the search of its origin, and, in many cases, the reason behind its existence. For these ceaseless hunting of the universe, we have been designing and developing a new approach and new advanced tools according to the requirements such as different manned and unmanned robotic scientific equipment and space and ground-based telescopes. Due to its heterogeneity, the science instrument that can track the contents of universe does nit fit for all.

Using the specially designed scientific equipment astronomer were able to unravel the mystery of the universe. For instances, sometimes astronomers have captured the image of the black hole for the first time in history, where sometimes they have captured the gravitational waves, and sometimes they are exploring other exoplanets, and also engaged in the search of dark matter which is responsible for approximately 85% of the matter in the universe and about a quarter of its total mass-energy density and many more. And this time they unravel a monstrous black hole eating mass equivalent to a sun a day; means it sucks mass equal to the mass of the sun in just one day. [mass of the sun ~ 2×1030 kg].

A quick recap; black holes are the region in space around which the gravitational pull is so strong that even the light (upper limit for the speed at which conventional matter and information can travel) can not escape and trap within the black hole. With its tremendous gravitational pull, black hole pulls matters and particles towards its center and when they cross a region called event horizon they can never return out of the black hole and no one knows what exactly happens inside.

A black hole, J2157, first observed in 2018 by using SkyMapper telescope at Australian National University's Siding Spring Observatory, considered as one of the most powerful and fastest growing black hole. J2157 lies and power up the quasar SMSS J215728.21–360215.1 that corresponds to a comoving distance of 25×109 light-year from Earth and to a light-travel distance of 12.5×109 light-year.

Quasar (QSO) is the brightest object in the universe that are powered by supermassive black holes (black holes with a mass of more than one billion solar masses) which lie at the center of massive galaxies.

And now too, the same research team from the Australian National University trace back to the same quasar system to look into a black hole system (J2157) and were able to calculate the mass it sucks into and even the mass of itself. However, at the time of its first discovery, the same black hole is considered to swallow a mass equivalent to one solar mass in every two days, now with the refined data study, astronomers found it to be one solar mass a day and also found it is 34 billion times the mass of our sun.

Dr. Christopher Onken, a member of the research team explained that this black hole, J2157, is the biggest black hole that’s been weighed in this early period of the universe.

Two graphs from two spectroscopy facilities were combined and fitted using a multi-component model that included a power-law continuum, an iron emission-line template, and an Mg II profile consisting of a single narrow Gaussian emission line and two broad Gaussian emission lines, they redefine the redshift of the systemic redshift of SMSS J2157 to be 4.692. This redshift indicates to a universe age of 1.247 Gyr (Gigayear), some 20 Myr (Megayear) older than from the original redshift estimate of 4.75.

Dr. Onken said, “We’re seeing it at a time when the universe was only 1.2 billion years old, less than 10 percent of its current age.”

Dr. Fuyan Bian, a staff astronomer at the European Southern Observatory (ESO) and a team member said, “We knew we were onto a very massive black hole when we realised its fast growth rate. “How much black holes can swallow depends on how much mass they already have.  So, for this one to be devouring matter at such a high rate, we thought it could become a new record holder. And now we know.”

Astronomers were confident in their predictions about its luminosity and character when they calculated its Eddington ratio. They measured the Eddington ratio to be 0.4 and this places MSS J2157 within the typical distribution of luminous quasars, implying that the extreme nature of its luminosity is a consequence of its extraordinarily high black hole mass.

Astronomers think that though many mysteries are remained to unfold, this finding has amazed our general belief about the mass and its gravitational pull strength. They are hopeful that more advanced telescopes like James Webb telescope, in the near future will solve the remaining.

The research study was published in the Monthly Notices of the Royal Astronomical Society on 30 June 2020.